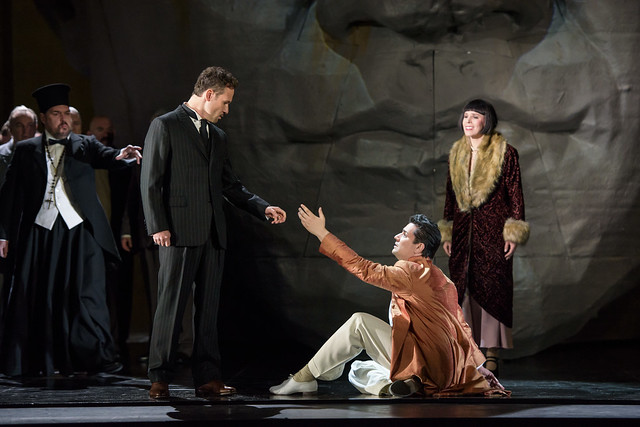 The Royal Opera features prominently in this year’s What’s On Stage Opera Poll, where the public can vote for their favourite performances from 2014/15.

Kasper Holten’s Royal Opera production of Król Roger is recognized with a nomination for Best New Opera Production, while Polish baritone Mariusz Kwiecień receives a nomination for Outstanding Achievement in an Operatic Role for his performance in the title role.

British mezzo-soprano Susan Bickley is nominated for her Outstanding Contribution to the UK Operatic Scene, in recognition of her performances as Silvia in Orfeo at the Roundhouse, in addition to roles with other companies throughout the year.

The public vote is open until 31 December 2015 and What’s On Stage will announce the winners on 4 January 2016.