What happens when a man dances on pointe?

Dancing on the very tips of your toes is traditionally something only female ballet dancers do – but sometimes men get to wear pointe shoes for a change, with unusual results… 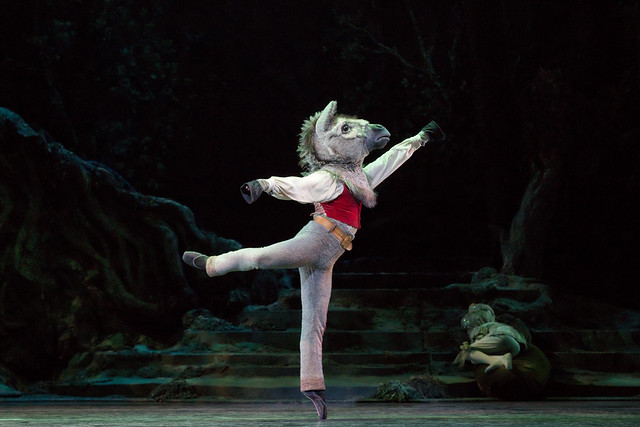 The enchanted world of Shakespeare’s A Midsummer Night’s Dream has inspired countless artists over the centuries, but one of its characters in particular has led to some highly creative responses. Deep in the magical forest, a villager, Bottom, is transformed into a donkey. Mendelssohn, in his music to accompany the play, depicts him with a sudden, jolting musical motif that seems to bray, just like a farmyard animal. And in Frederick Ashton’s ballet adaptation The Dream (which uses Mendelssohn’s score), the choreographer comes up with an even more remarkable way to illustrate the character: Bottom – a man – goes on pointe.

‘I think that this was probably the first time that a man had gone on pointe’, says Principal Guest Ballet Master Christopher Carr, who teaches the role. ‘It was done to represent hooves, and it’s very effective.’ Ashton returned to the effect a few years later, when he choreographed The Tales of Beatrix Potter (a film made in 1970, adapted for the stage in 1992), in which several male pigs, as well as the soloist playing Pigling Bland, go on pointe to evoke trotters. 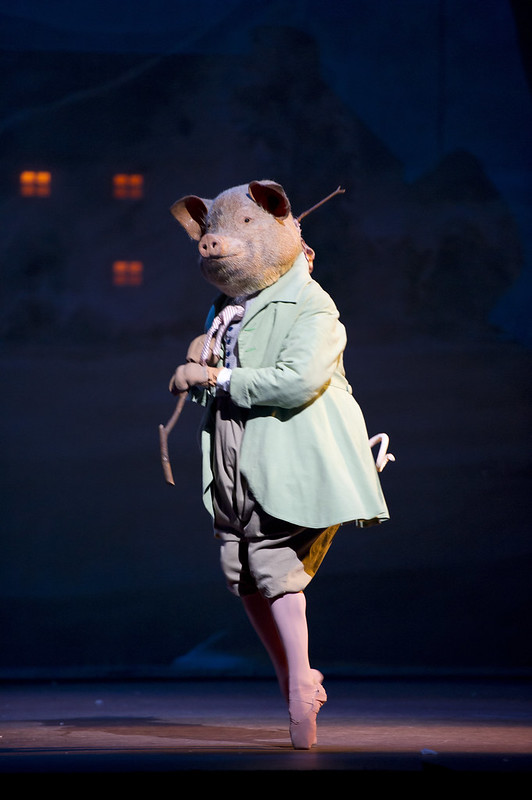 Female dancers first go on pointe – that is, to dance on the very tips of their toes, in specially made hard shoes – at a young age, and over time their bodies learn to cope with this demanding challenge: it doesn’t become painless, but it is something they adapt to. So the shock for men, who don’t learn the technique at all until they are cast in a role that requires it, is quite something. ‘The first rehearsal is really painful’, says Jonathan Howells, one of the three Bottoms in the current revival of The Dream. ‘You haven’t had the pointe shoes on, and your skin’s soft.’

Howells and Bennet Gartside have both been dancing the role for some fifteen years, and have grown accustomed to its challenges. But the preparation work that goes into each performance remains unique for male dancers. ‘I take more time preparing my feet for it than I do in the shoes’, says Thomas Whitehead, performing Bottom this year for the second time. Whitehead tapes up every toe individually and adds multiple further layers between his foot and the shoe in order to soften the blow.

Is preparation harder for men than for women? ‘I think we probably do the same [amount of preparation]’, says Gartside, ‘but it probably takes us twice as long to do it!’ For Gartside, a pair of pointe shoes takes an hour and a half to prepare, and that’s before applying tape and padding to the feet. Women’s feet are inherently better prepared, too, after so much training: ‘they’re so used to it’, Gartside adds, ‘their feet have strengthened, and their skin is also quite tough.’ Bottom has been a revelatory role for Whitehead: ‘It’s opened my eyes up to what the girls have to deal with… I wouldn’t want to have to do it all day every day.’ 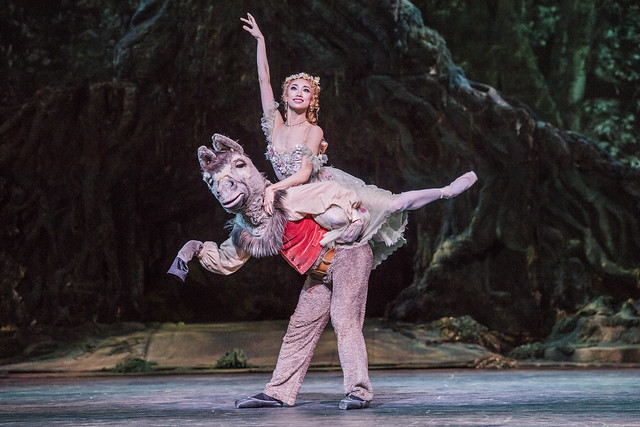 Bennet Gartside as Bottom and Akane Takada as Titania in The Dream, The Royal Ballet © 2017 ROH. Photograph by Tristram Kenton

Despite all these demands, the role of Bottom is not just about pointework. This is also a role that requires experience as a character actor – especially later on, when the spell has been broken and the confused Bottom attempts to recall the strange events he has experienced. Carr describes this as ‘a very difficult mime sequence which needs a lot of artistry and a lot of experience’. This makes the role tough to cast – acting ability is just as important as having the strong ankles and pliable feet needed for pointework. Howells adds that the mask makes the section on pointe even harder from an acting perspective: ‘you are acting it underneath the mask as well’, he says – with the face obscured, all the nuance has to come through the body.

Was Ashton being deliberately sadistic? ‘Of course not!’ says Carr. And all three Bottoms agree that it’s worth the effort: ‘I think it’s a magical piece’, says Whitehead. The choreographer was well aware of the difficulties of the role, though. Carr explains it simply: ‘It’s what he wanted. He wanted the effect, so that’s what it is.’

The Dream runs until 10 June 2017 in a mixed programme with Symphonic Variations and Marguerite and Armand.