Werther: The reputation-risking gamble that cemented Massenet’s place in history

By the late 1880s, Massenet had become renowned for his crowd-pleasing operas – he responded with a work written for himself. 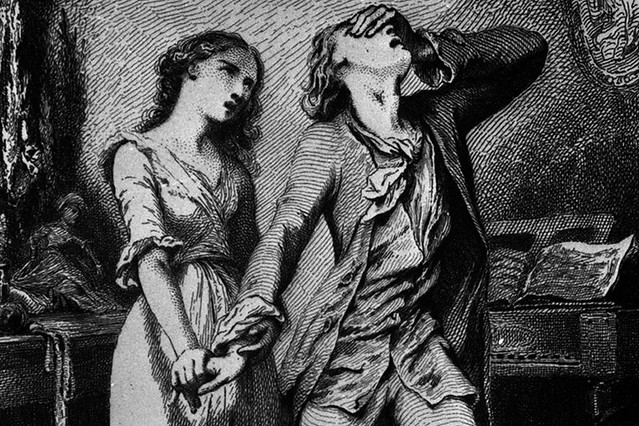 Illustration from the Sorrows of Young Werther

Among the five operas Massenet wrote during the 1880s, Werther is a work apart, and the composer intended it to be so. He had first drafted it as far back as 1880, as he confided to fellow composer Paul Lacombe: ‘I am taking a rest and gathering new forces to write Werther, a music-drama in four tableaux: this very special piece is destined to satisfy me above all’.

Massenet was continually under fire for prostituting his art for commercial gain – an activity in which he was enviously successful – and his claim needs a little interrogation. Was this really an opera ‘for himself’, where he eschewed his sugar-craving public? Perhaps it was. After all, had he wanted maximum returns he could have given Charlotte and Werther memorable love duets at both ends of the opera. Instead, all they sing together are three bars in Act IV saying ‘oublions tout! tout!’ (let us forget everything). He might also have included stock-in-trades such as a chorus commenting on the action, not to mention a boozy drinking scene.

Instead, he chose less well-trodden paths. Among them were operatic hits of a different kind, marrying music and canny stagecraft, as with the constant intervention of children’s voices, whose innocence and Christmas joy only serve to intensify the protagonists’ anguish. The age-old Opéra-Comique tradition of the double stage with unseen voices from the coulisses (wings) shows a clever use of the theatre, as does the ‘Clair de lune’, where the lovers hold hands in the half-light (a stage designer’s dream), and where the love theme emanates not from their voices but from the orchestra.

The ‘Clair de lune’, which is recalled twice, stills the house. The main theme – which you may well come out singing – is the same each time. Massenet’s secret weapon is to orchestrate its accompaniment to follow the beat a quaver late, creating a strangely ethereal effect that masks the utter simplicity of the theme and its harmonies. After all, Werther believes that his love for Charlotte – although potentially adulterous – is pure and God-given. The love theme, almost childlike and angelic-sounding with a prominent harp, mirrors his sentiments precisely.

Massenet brings the opera to a powerful close with the final reprise of the ‘Clair de lune’. In the score’s final pages, all Werther’s troubles are heard in the cellos and basses pitted against the simple chordal singing of the children in a sort of unresolved C major. The problems of someone in a trapped marriage while in love with another are, likewise, impossible to resolve, even with a hefty dose of the delightful syrup emanating from Massenet’s highly-refined art. For some years the opera was misconceived as a sugar factory – in retrospect it was a highly refined interface between libretto and music, underpinned by Massenet’s profound knowledge of stagecraft.

This is an edited extract from Richard Langham Smith’s article ‘An Opera Apart’, available to read in full in The Royal Opera’s programme book for Werther, on sale during performances.

Werther runs 19 June–13 July 2016. Tickets are still available.
The production will be broadcast live to cinemas around the world on 27 June 2016 – find your nearest cinema.