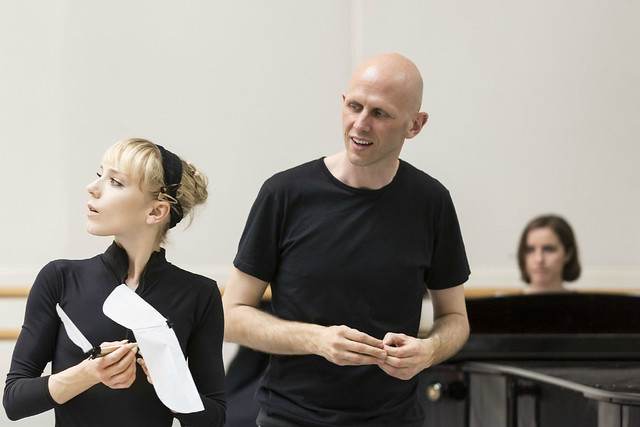 The BBC has launched a new contest for young dancers to be broadcast next year. 16-20 year olds will compete in four categories – ballet, contemporary, hip-hop and South Asian dance – for the chance to win the title of BBC Young Dancer 2015.

Principal Guest Artist of The Royal Ballet Carlos Acosta will take on an ambassadorial role for the contest, while English National Ballet Artistic Director Tamara Rojo and Royal Ballet Resident Choreographer Wayne McGregor will judge the grand final alongside Matthew Bourne, Akram Khan, Kenrick Sandy and Alastair Spalding next May.

‘There are many tremendously talented young people in our country just looking for a chance – and a platform – to show what they can do. I’ve always believed dance matters and this is the BBC inspiring the next generation of talent.’

May 2015 will also see the premiere of Wayne’s new work for The Royal Ballet, Woolf Works. Drawing on the writings of Virginia Woolf, the piece will be the choreographer’s first full-length ballet for the Company.

BBC Young Dancer 2015 will be broadcast next year as part of BBC Four's 'Year of Song and Dance'. The grand final will take place at Sadler's Wells and will be broadcast on BBC Two in May 2015 with further details available in due course.

For more information, including details of how to enter, visit www.bbc.co.uk/youngdancer