The French tenor discusses his forthcoming role as Nemorino. 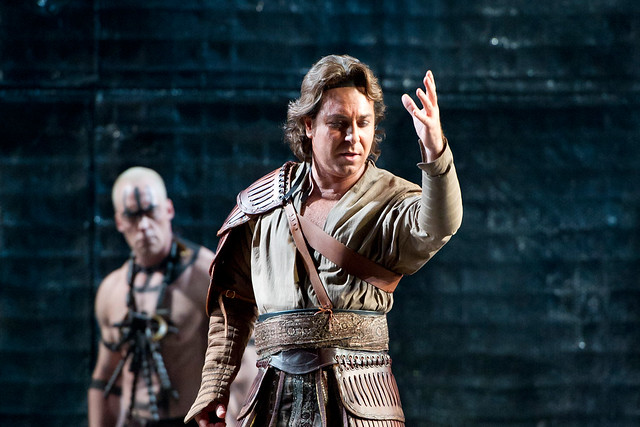 Laurent Pelly’s production of Donizetti’s L’elisir d’amore returns to Covent Garden on 13 November, starring Roberto Alagna in the role of Nemorino. A playful love story set in a sun-drenched Italian village, it is the most frequently performed of all Donizetti’s operas.

For the revival, Roberto will sing the role of the naïve but loveable peasant besotted with beautiful landowner Adina (sung on this occasion by Polish soprano Aleksandra Kurzak). Roberto first performed the role at the Vienna State Opera in 1992.

We recently caught up with him ahead of his forthcoming performance to find out what he enjoys about the role of Nemorino and how he feels about returning to both the piece and The Royal Opera.

Roberto’s career was launched following his acclaimed performance as Roméo in Nicolas Joël’s Royal Opera production of Roméo et Juliette in 1994. Since then the tenor has sung to acclaim at the world's major opera houses, forging a reputation as one of opera's top artists.  Earlier this year, Roberto sang the role of Rodolfo in John Copley’s much-loved production of La bohème, appearing alongside his wife Angela Gheorghiu to celebrate their 20th anniversary of meeting.