Opera legend to be interviewed by Antonio Pappano for free-to-watch event. 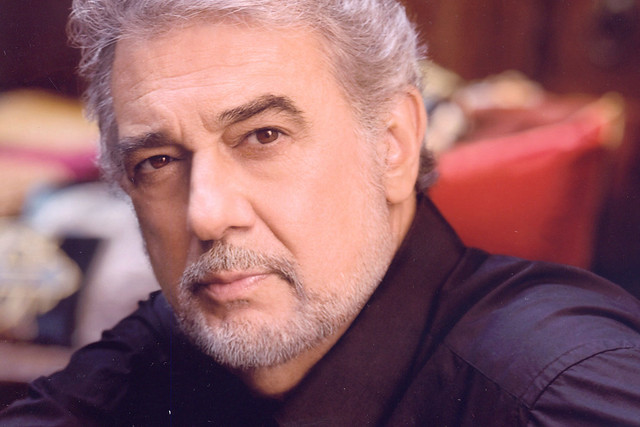 Plácido Domingo's upcoming In Conversation event will be live-streamed on YouTube and here on the ROH website at 6pm BST on 12 October. The event will be available to watch online anywhere in the world (with a small number of exceptions).

Music Director of The Royal Opera, Antonio Pappano, will host the event, which will take place in the ROH’s Paul Hamlyn Hall in front of a live studio audience of Friends of Covent Garden and students. Tickets are very limited and will be available to our Friends and Patrons via a postal ballot. Members of our ROH Student scheme will be able to purchase standing places online from 10am on 2 September.

Tenor-turned-baritone Domingo is performing in two productions at Covent Garden during the 2014/15 Season; singing the roles of Francesco Foscari in I due Foscari and Giorgio Germont in La traviata.

The Spanish singer and conductor is one of the world's greatest opera stars and made his Royal Opera debut as Cavaradossi in Tosca in 1971. Since then he has sung 27 roles for the Company, and conducted Pagliacci, Die Fledermaus and Tosca at Covent Garden. Away from the Royal Opera House, his performances with José Carreras and Luciano Pavarotti as the Three Tenors won him worldwide renown and he continues to give many successful gala concerts, appearing at events including the 2006 World Cup, the 1992 and 2008 Olympics and the 2012 La Liga title celebrations for Real Madrid. He is currently General Manager of Los Angeles Opera and is deeply involved with humanitarian works and initiatives.

To ensure you don't miss out on future live streams, subscribe to the Royal Opera House’s YouTube channel.

This event will also be simulcast on BBC Arts Online