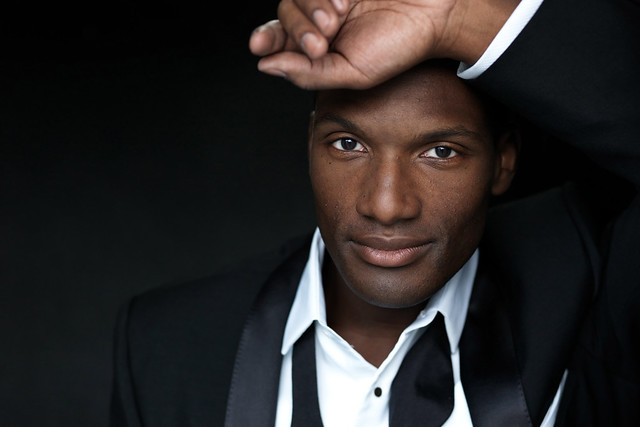 With performance runs currently happening and in rehearsal at English National Opera and the Royal Opera House, as well as a UK solo tour kicking off in April, Noah Stewart has a busy spring in store.

The American tenor is performing at the ENO in Peter Sellars' production of The Indian Queen, which opened last night, before joining The Royal Opera as Pinkerton in Madama Butterfly.

‘I am so excited to be embraced by London and UK audiences’, Noah said to Suzy Klein on a recent episode of BBC Radio 3's In Tune, ‘and it’s such a blessing to be returning to Covent Garden to sing Madama Butterfly in an iconic house.’

Noah is performing the role of dashing cad Pinkerton – but playing a notorious opera baddie has a downside:

‘I would say I’ve been booed 21 times as Pinkerton. Each time, it’s not a great feeling, but I know if I’ve been booed I’ve done my job’, he says. ‘What saves me is that it’s one of Puccini’s best-written roles for the tenor voice. It’s very lyrical and very high, and my voice sits perfectly in that range. Pinkerton is also an American character so I feel very at home in playing the part.’

Watch a Noah perform 'L’Ultima canzone' by Tosti on In Tune:

Later this year, Noah will be performing his UK solo tour So In Love, which opens in Leeds on 19 April.

‘This tour traces my musical steps and history, combining my favourites of opera with musical theatre’, he says. ‘I think we should always cross genres, as all art is wonderful’.

In addition to performing a selection of songs, Noah also discussed returning to his home town of Harlem, singing opera in the supermarket and why he loves Broadway music.

The full programme is currently on BBC iPlayer and will be available until 26 March. You can listen to Noah from 46:00.

He has also appeared on Radio 4’s Midweek, also available on BBC iPlayer (you can hear Noah from 13:50).