Watch: Members of the cast and creative teams on Viscera, Afternoon of a Faun, Tchaikovsky Pas de deux and Carmen

Backstage films from the live relay of The Royal Ballet's latest Mixed Programme including rehearsal footage and exclusive interviews. 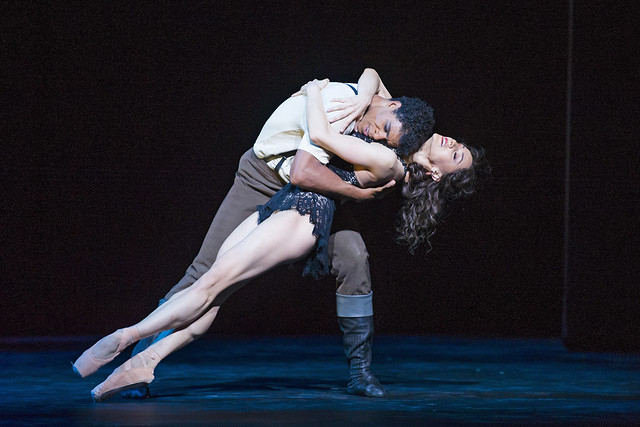 The Royal Ballet's latest Mixed Programme featuring Viscera, Afternoon of a Faun, Tchaikovsky Pas de deux and Carmen was screened live in cinemas across the world on 12 November 2015.

If you missed the screening on the night, or just want to find out more about the productions, here's another chance to see the films:

Liam Scarlett on Viscera, his creative process and the nature of narrative ballet

'"Viscera" literally means your insides or your guts', says choreographer Liam Scarlett. 'It's probably not the most balletic word but it really gives that sense of visceral nature — it's powerful, gutsy and raw. There's no taking it easy in this ballet'

In this film, Viscera's creator reveals the creative process behind a work he describes as a 'playground' and explores the difference between abstract and narrative ballet:

An introduction to Carlos Acosta's Carmen

'Bizet's Carmen is a masterpiece. It's one of those works that's going to live forever', says choreographer and Principal Guest Artist Carlos Acosta of the work that inspired his latest ballet. 'What I wanted to do was create a work that feels fresh and new, and doesn't read like a dance piece — it's more like a theatrical piece that involves different art forms, not just dance'.

In this film, Carlos and other members of the cast and creative team reveal how they adapted one of the world's most iconic operas into a modern, yet classically-grounded ballet:

Carlos Acosta reflects on 17 years with The Royal Ballet

'Dance was always a passion — I used to break-dance, and dance salsa. Ballet was my salvation. I remember doing La Fille mal gardée at The Royal Festival Hall.' recalls Carlos Acosta of his childhood in Havana and first Season with The Royal Ballet. 'That was a hard show! I always knew I could play roles that demand a lot of power and jumping but I was always so eager to grow as an artist and wanted to try the roles that people don't think I'm so suited to. That's the key — don't remain where you are, but try and keep evolving.'

The next cinema relay of 2015/16 will be The Royal Opera's Cavalleria rusticana / Pagliacci, relayed live on 10 December 2015. Find your nearest cinema and sign up to our mailing list.