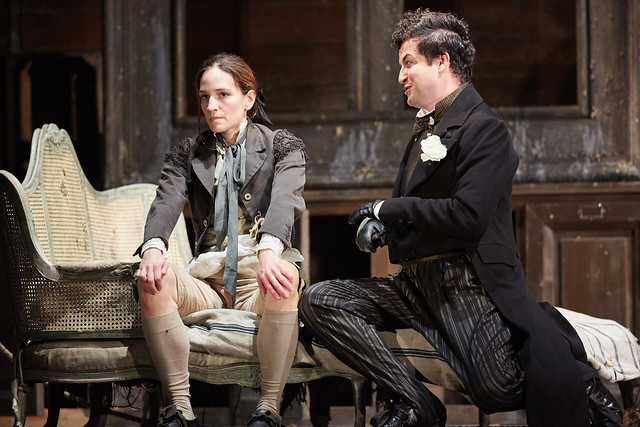 If you missed the screening on the night, or just want to find out more about the production, here’s another chance to see the films:

In this film the cast and creative team explore the reasons for its success and outline the plot. As well as fantastic music, the opera features a host of well-drawn characters. ‘What makes this opera so unique is that we have a series of what are seemingly stock characters, but in the hands of Mozart and [librettist, Lorenzo] Da Ponte, the music and the drama are intertwined in such a way that the characters become deeper, broader and far more human’, says revival director Leah Hausman.

The opera features some of Mozart’s most memorable music, including the iconic overture: ‘Almost everything is step-wise motion. Slithering and chromatic, it conjures up a world of intrigue’, says conductor Ivor Bolton. ‘This overture is exceptional in its capacity to conjure up the sense of the drama to follow, in its precision, its atmosphere, its brilliance and virtuosity.’

Discover more about Mozart and the premiere of Le nozze di Figaro in the exhibition Opera: Passion, Power and Politics, at the V&A Museum 30 September 2017–25 February 2018.