Watch: Members of the cast and creative team on L'elisir d'amore

Backstage films from the live relay of L'elisir d'amore, including Bryn Terfel on why it may be the best opera ever written. 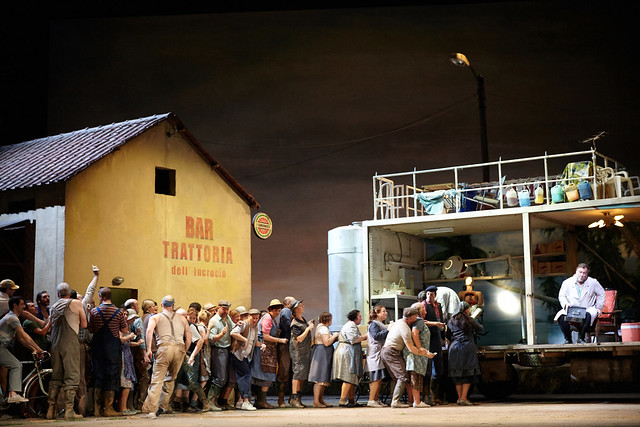 Laurent Pelly's Royal Opera production of Donizetti's L'elisir d'amore was relayed live to cinemas around the world on 26 November 2014.

An introduction to L'elisir d'amore

'L'elisir d'amore has a beautiful storyline. It has unexpected twists and turns; it has vocal gymnastics. Maybe it is the best opera that has ever been written.' says Bryn Terfel, who sings the role of Doctor Dulcamara.

Watch the cast and conductor Daniele Rustioni explain what makes L'elisir d'amore such a great opera:

Why Adina is a very modern operatic heroine

'Adina is an unusual character in the soprano repertory,' says Lucy Crowe, who plays the role. 'It's quite a modern character. It's not often, back in the day, that you'd find a woman being independent - who isn't a servant - that can do what she pleases and do it the way she does in such a sassy way; bossing the men around and using them as her playtoys.'

Have an exclusive glimpse of rehearsals and watch Lucy explain why Adina is one of her favourite operatic characters in the history of the art form: