Watch: Members of the cast and creative team on Giselle

Another chance to watch backstage films screened as part of the live cinema relay. 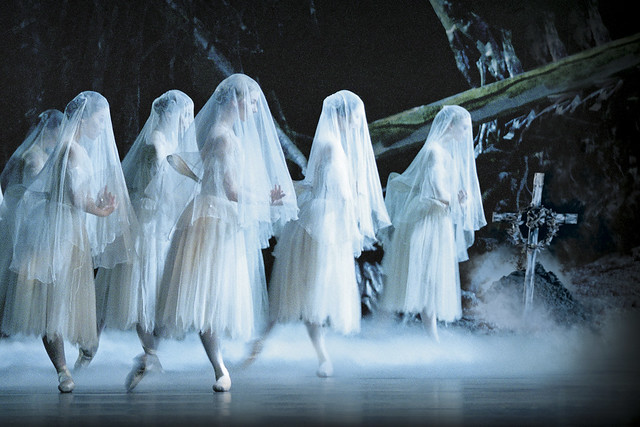 The Royal Ballet’s Giselle was relayed live to cinemas around the world on 6 April 2016.

The relay featured a series of backstage films, rehearsal footage and interviews with cast and creative teams, offering insights into the production.

If you missed the screening or want to find out more about Peter Wright’s production of Marius Petipa’s classic ballet, here’s a chance to see the films:

The cast and creative team on why they love Giselle:

In this film, members of the cast and creative team – including choreographer and director Peter Wright and Principal Guest Conductor of the Royal Ballet Barry Wordsworth – describe why this production of Marius Petipa’s classic is so memorable.

Marianela Nuñez and Vadim Muntagirov also share why they love performing in Peter Wright’s production, despite its exhausting choreography.

‘You care so much for role – you really want to nail it', says Marianela.

Vadim describes the ballet as ‘perfect to see with your boyfriend or girlfriend because it shows you that you should always appreciate who you love – and always treat them nicely!’

Presenter Ore Oduba joins choreographer Peter Wright and the cast in the rehearsal studio to discover how the use of mime is imperative to the ballet's storytelling.

Peter explains the dancers have to master the precise movement of the mime, whilst retaining the raw emotion of the characters.

'The main thing the audience will really understand is the feeling behind it. The expression tells the story more than the actual gestures.’

The next live relay of the 2015/16 Season will be The Royal Opera's new production of Lucia di Lammermoor on 25 April 2016. Find your nearest cinema and sign up to our mailing list.