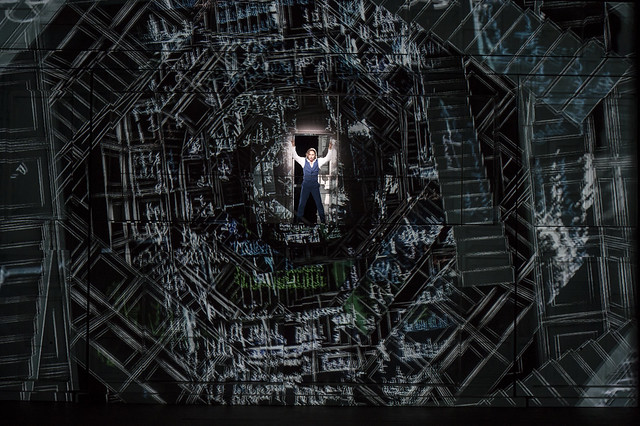 The relay, which was presented by Bryn Terfel, included backstage films featuring rehearsal footage and interviews with the cast and creative team. In case you missed them, or just want to find out more about the production, here they are again.

‘Don Giovanni is a story about a man who has seduced 2,065 women,’ says director Kasper Holten. ‘On the morning of one of his conquests, he gets stopped by the father of a woman he has just seduced and, in the ensuing fight, kills him. It is both a tragedy and a comedy - a farce that needs to move fast and be funny.’

Kasper Holten, conductor Nicola Luisotti and set designer Es Devlin discuss Mozart’s classic tragicomedy and the challenges in staging it, while members of the cast introduce their character in the opera.

Don Giovanni’s women and their music

‘These characters that Da Ponte etched in his libretto have all our frailties and everything we come across in our lives,’ says Elizabeth Watts, who sings the role of Zerlina, ‘and so they are still just as real today as they were when they were written.’

The Royal Opera House Cinema Season relays our performances to over 1,100 cinemas in 29 countries around the world. The next live relay will be The Royal Ballet’s The Sleeping Beauty on 19 March. Other productions in the 2013/14 Cinema Season include The Winter’s Tale and Manon Lescaut.