Watch: Melissa Hamilton and Francesca Hayward on performing Manon for the first time

The Royal Ballet's latest Manons on their first appearance in one of ballet's most dramatic roles. 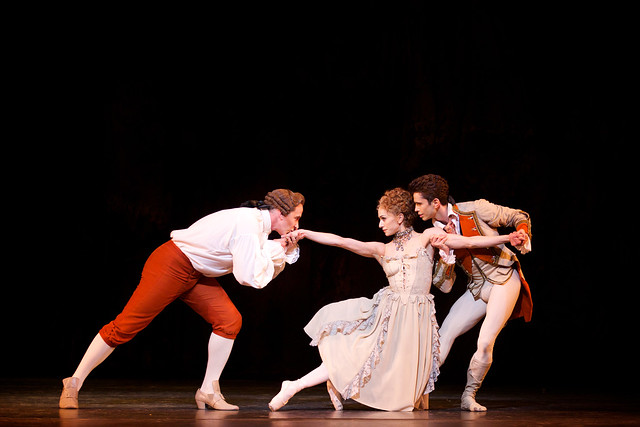 With Royal Ballet First Soloist Melissa Hamilton and Soloist Francesca Hayward making their debuts in the current, 40th-anniversary run of Kenneth MacMillan's Manon, we spoke to them about performing an iconic role for the first time.

'Manon is a role I’ve dreamt of since joining the Company,' says Melissa. ‘What I’m most looking forward to is exploring her different sides, the conflict that is in her own life. I feel that although she does ultimately love Des Grieux she gets bored so easily... I think that’s one of the most amazing things about the MacMillan ballets, that we get to explore sides of yourself that we might not necessarily allow.’

‘Manon is a complex character. I found her harder to find than I thought I would,' says Francesca of one of ballet's most dramatic roles. 'She changes, she’s going through so many things in her life. You can really relate to her as she is just a young girl with everything at her feet. I think most of us would make the same mistakes as her.'

The production is staged with generous philanthropic support from Celia Blakey, Peter Lloyd and The Royal Opera House Endowment Fund. Original Production (1974) made possible by The Linbury Trust.