Frederick Ashton's ballet is a challenge for even the top ballerinas. 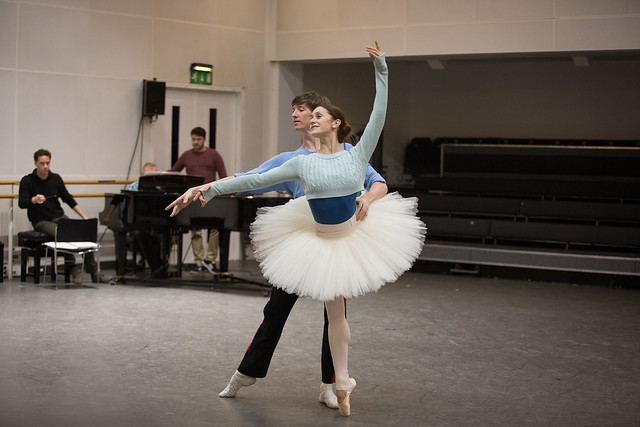 The ballet was created as a showpiece for the choreographer's muse, legendary ballerina Margot Fonteyn, and features extremely challenging choreography as well as layered characterization.

Following in Fonteyn's footsteps during upcoming Royal Ballet performances will be Principal Marianela Nuñez, who has been coached in the role by former Principal Darcey Bussell; she danced the part in the mid-2000s.

Nuñez last performed the role in 2010 and being coached by someone who knows the role so intimately has been invaluable:

'With ballet you always need to have someone to guide you', says Nuñez of Bussell's involvement. 'A coach is a very important person in your life and career because they're the person that you go to fix things.'

'Every time you come back to [a role] it has to feel fresh and alive', says Bussell. 'There are lots of challenges technically but what's different is the woman is very strong in this – that's a different approach. For a classic it has an unusual twist. It's incredibly satisfying to perform'.