Watch: Kenneth MacMillan: Steps Back in Time from the Barbican

Three rare early works from the choreographer of Romeo and Juliet and Manon, starring dancers of The Royal Ballet. 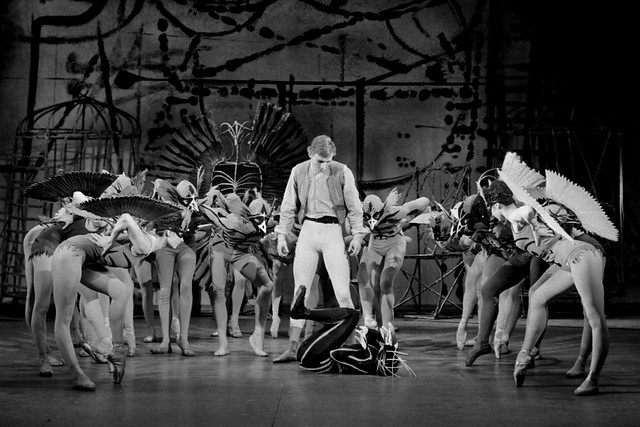 Fans of dark and dramatic ballet won't want to miss our livestream of Viviana Durante Company's Kenneth MacMillan: Steps Back in Time from 7.45pm BST on 19 April 2018, and it's now available to watch on demand.

The event, which was broadcast live to the Royal Opera House YouTube channel and this page from the Barbican, starred a number of Royal Ballet dancers – including Lauren Cuthbertson, Yasmine Naghdi, Thiago Soares and Akane Takada – as well as performers from Ballet Black and Scottish Ballet.

It featured three of the choreographer's lesser-known early works – House of Birds, Laiderette and a pas de deux from Danses Concertantes – celebrating MacMillan's considerable legacy and marking 25 years since his death.

House of Birds is based on a macabre fairytale by the Brothers Grimm in which a witch ensnares young children and transforms them into birds; Laiderette explores themes of rejection and exclusion, which recurred in the choreographer's later works, and tells the story of a young member of a clown troupe who is abandoned by her admirer; and Danses Concertantes is a plotless work which blends jazz and carnival influences, set to a Stravinsky score.

A former Artistic Director of The Royal Ballet, Kenneth MacMillan's works are distinguished by their penetrating psychological insight and expressive use of classical language. He choreographed extensively for the Covent Garden-based Company, creating much-loved works including Romeo and Juliet, Gloria, Manon, Mayerling and Requiem.

Find out more about Kenneth MacMillan

Leave a reply to Alex · Cancel