Watch LIVE: Insights into Tchaikovsky's The Queen of Spades on 18 December 2018

Join The Royal Opera as they explore the composer's late, great opera. 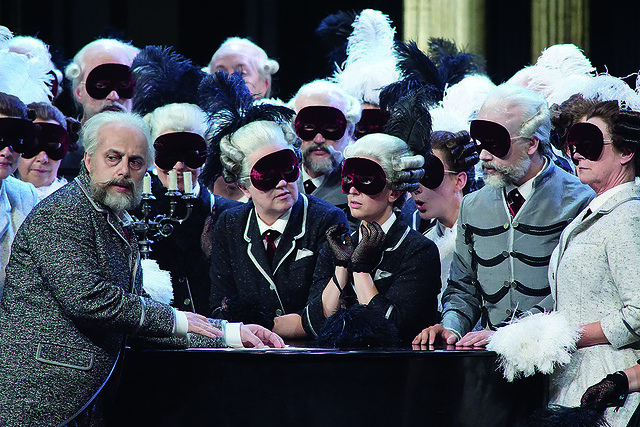 Director Stefan Herheim's production of Tchaikovsky's The Queen of Spades receives its UK premiere in January 2019, and rehearsals are well underway.

As they prepare for curtain up, the cast and creative team will take part in an ROH Insight event exploring the opera, which will be livestreamed via the Royal Opera House YouTube channel on 18 December 2018 from 7.30pm GMT.

Presented by Flora Wilson, the event will feature singer Vladimir Stoyanov as well as director Stefan Herheim and designer Philipp Fürhofer. There will also be the opportunity to hear extracts from the opera, performed by the Royal Opera Chorus.

It is a co-production with Dutch National Opera which is staged with generous philanthropic support from Ruth and Stuart Lipton, Fondation Peters, The Mikheev Charitable Trust, John and Susan Singer, The Tsukanov Family Foundation, The Royal Opera House Endowment Fund, the Maestro's Circle and an anonymous donor Position of Music Director Maestro Antonio Pappano generously supported by Mrs Susan A. Olde OBE

This article has been categorised Opera and tagged by Stefan Herheim, livestream, Production, Rehearsal, The Queen of Spades