A chance to get a glimpse of The Royal Opera's new production. 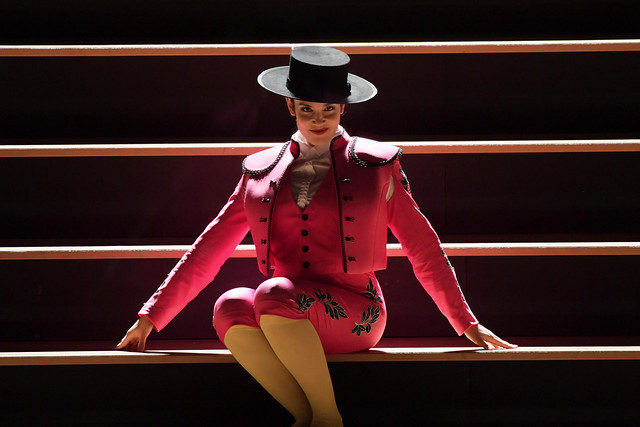 Audiences were recently offered a unique glimpse into The Royal Opera's new production of Carmen during an Insight event which is now available to watch on demand.

Featuring members of the cast and the creative team, the event featured performance extracts of Bizet's well-known opera, as well as interviews with director Barrie Kosky, conductor Jakub Hrůša and star Anna Goryachova (Carmen). The event was presented by Flora Willson.

Following his success last Season with The Nose, Kosky returns to Covent Garden with a highly physical production of Carmen which was originally created for Frankfurt Opera. His is a far-from-traditional take on the classic, incorporating music written by Bizet for the score but not usually heard, and giving a new voice to the opera’s endlessly fascinating central character.

The production is supported by

And is staged with generous philanthropic support from Mrs Aline Foriel-Destezet, Yvonne and Bjarne Rieber, Alan Howard, Trifon and Despina Natsis, The ROH Young Philanthropists, and the Friends of Covent Garden.

This article has been categorised Opera and tagged by Barrie Kosky, Carmen, insight, livestream, Production