Wayne McGregor has created more ballets on Edward Watson than on any other dancer. 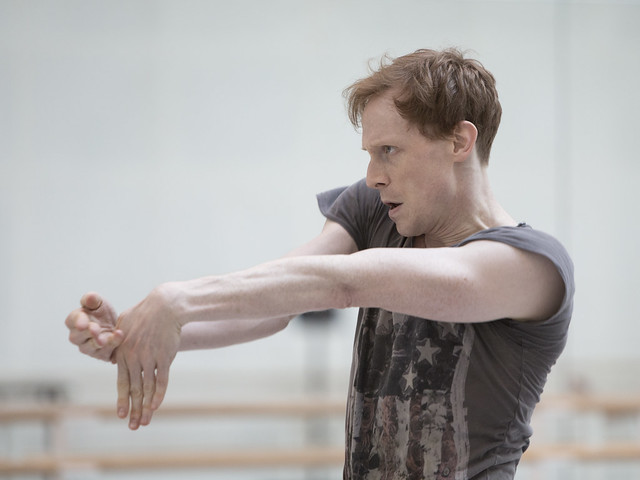 Woolf Works, Wayne McGregor’s first full-length narrative work for The Royal Ballet, is inspired by the writings of modernist icon Virginia Woolf. The ballet, which has its world premiere on 11 May, is created on a wide range of Principals and corps de ballet dancers.

‘I have worked with Edward Watson since 1999, and I remember the first time I worked with him’, says Wayne before rehearsals start. ‘We were in quite a small studio and he had these extraordinary limbs that were sort of bursting out of the room. I have now made more ballets on Ed than anybody else, and so we have a really great relationship – I’m really happy he’s in Woolf Works.’

The ballet draws on three of Woolf's best-loved novels – Mrs Dalloway, Orlando and The Waves – as well as extracts of her autobiographical writings, to capture her unique way of representing the world, and people's emotional landscape.

‘I think of choreography as a process of transition and so, rather than aiming to show shape, I look at the moments between the movements’, says Wayne. ‘I am always trying to find the richness between the shapes.’