Watch: Behind the scenes with The Royal Ballet in Taiwan 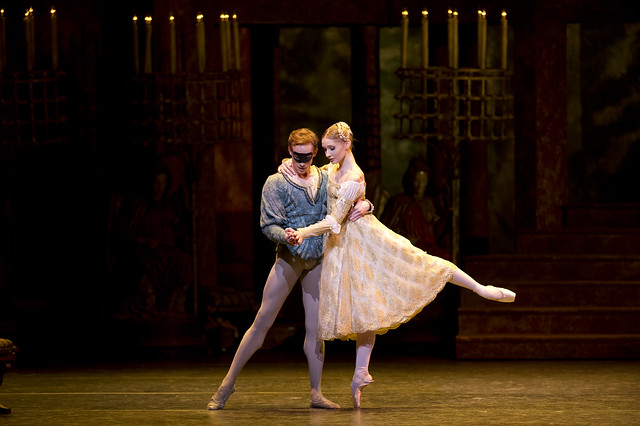 Back in June, as part of our 2014 summer tour, The Royal Ballet visited Taipei in Taiwan to perform Kenneth MacMillan’s Romeo and Juliet. We had previously toured to Taiwan in 2011, but this recent visit was especially exciting because one of our performances was being broadcast live to big screens in Taipei and two other Taiwanese cities: Chiayi and P'ingtung. This live broadcast meant we were able to reach an even larger audience, including many people who experienced ballet for the very first time.

The local audience was very warm and I was blown away by the reaction to my performance with Edward Watson. It was only the fourth time in my career that I have danced the role of Juliet, so I am still relatively new to the role and it was wonderful that the Taiwanese audience seemed to have enjoyed my performance as much as I did.

The Royal Ballet in Taiwan:

Kenneth MacMillan’s repertory is such a major part of The Royal Ballet's heritage. In Romeo and Juliet every person on stage plays a vital role in building the story and bringing the ballet to life with meaning and depth. Each character is important, not just Romeo and Juliet.

In Taipei we rehearsed with local Taiwanese actors. They fitted into their parts very quickly, overcoming language barriers through a common desire to tell the story. It is always great to be able to give local performers the opportunity to join us on stage when we tour around the world.

Taiwan was a personal highlight in a hugely successful tour, and I hope to visit again with the Company in the future.

Melissa Hamilton will be performing in Manon on 13 October and Symphonic Variations on 22 and 28 October.