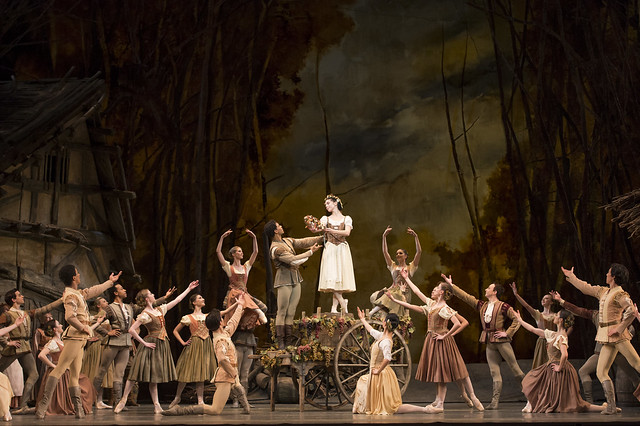 The Royal Ballet's Giselle was screened live across the world on 27 January as part of our Live Cinema Season 2013/14. During the relay a series of backstage films were shown, featuring rehearsal footage and interviews with the cast and creative team. In case you missed them last night, or just want to find out more about Giselle, here they are again:

Follow the corps de ballet as they rehearse for Giselle with Ballet Mistress Samantha Raine. The corps play the Wilis - girls who've died of a broken heart. First Artist Nathalie Harrison and Annette Buvoli, the Company's youngest dancer at 18, explain the complexities and challenges of the scenes involving the corps.

The Romance of Giselle

Producer Peter Wright rehearses with Natalia Osipova and Carlos Acosta and discusses the story, the characters and legacy of the ballet.

The production will be relayed live to cinemas on 6 April 2016.