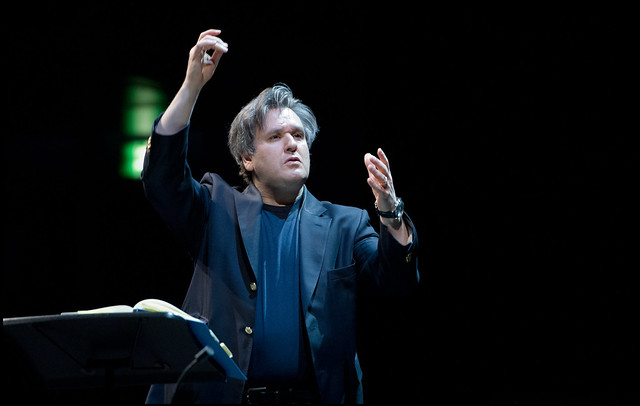 In 2011, prior to the premiere of Richard Jones’ subsequently acclaimed production of Puccini's Il Trittico, Conductor and Music Director of The Royal Opera Antonio Pappano presented an Insight event focused around two of the three operas, Il tabarro and Suor Angelica.

Inspired by Debussy’s Pelléas et Mélisande, Puccini employed two distinct techniques in the first opera of his triptych, the first of these being repetition:

‘The idea of repeated bits of music, is akin to a groove in pop music or a riff in jazz music', says Pappano.

The second of these techniques is parallelism - the parallel movement of two or more chords. 'It is one of the most important devices Debussy created', says Pappano. The harmonic variation this creates is one of the ways in which the music depicts the 'seedy' dock-side setting of Il tabarro. Throughout the one-act opera, there's a sense of undulation, the feeling of water, there’s even sounds of a tugboat.'

In Suor Angelica, Puccini builds the anticipation of seeing the lead characters through off-stage singing and bell-like melodies, a device regularly employed by the composer thoughout his works:

'It's almost a zen feel', said Pappano. 'You hear this voice from off-stage, from afar. You also hear [music like] bird-song using piccolo off-stage. It's such a tender and sweet atmosphere'.

For Pappano it is not simply the musical techniques that hypnotise the audience but Puccini’s ability to employ them around the stage and draw the audience in. 'Puccini was a fantastic theatre man', says the conductor.