'Duet', choreographed by Kristen McNally, explores the strength and beauty of the female form in a short film. 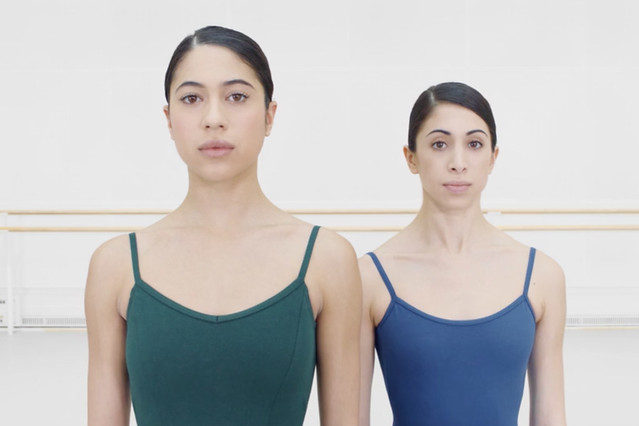 Margetson created the film to provide something he had never seen himself: a female duet crafted by a female choreographer.

'I think a lot of people see ballet as being quite traditional: a male figure, dancing with a female figure', explains Naghdi, in a short voiceover before the dancing starts.

'I’m excited to do this pas de deux with another girl because it’s different'.

'Women have a beautiful tenderness about them, but they also have a strength as well', says Stix-Brunell. 'That’s going to be very exciting to play on'.

The film, soundtracked by music written by Scottish composer Lorne Balfe, was shot after two short rehearsals at the Royal Opera House.

Yasmine Naghdi will be performing in The Illustrated 'Farewell' from 6–17 November.

Beatriz Stix-Brunell will be performing in Alice's Adventures in Wonderland from 27 September–27 October 2017.