Mozart and victims of fashion: how courtly extravagance hit the stage

The enormous frocks in The Royal Opera’s production of Mozart’s opera Mitridate could be found in every European court and theatre for more than a hundred years. 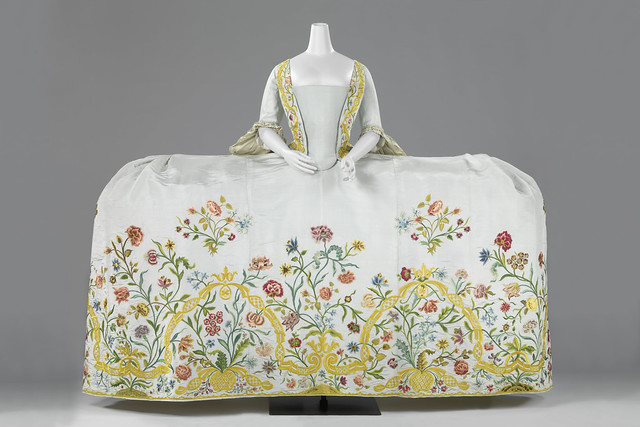 The first half hour of any Royal Opera performance of Mitridate is usually spent marvelling at the frocks. We might have seen enormous dresses like these in historical portraits – but watching them swaying from the waists of modern singers is quite another matter. How do they cope with corners? 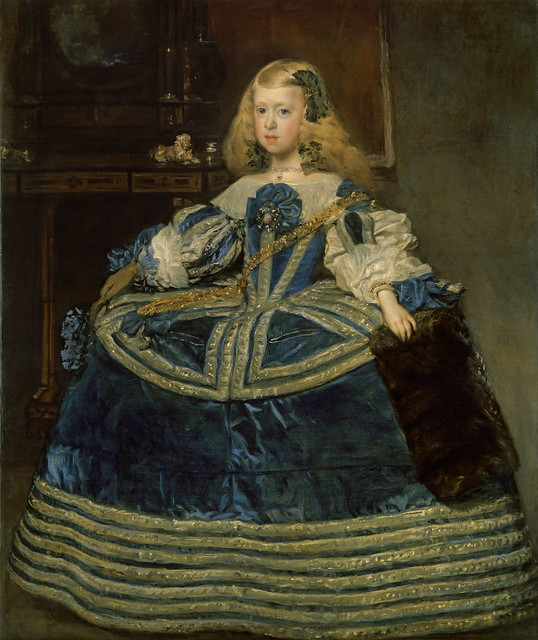 This remarkable dress had a hold on European courts for more than a hundred years – and to understand why, we have to go back to the 1640s in Spain. There the noblewomen replaced their bell-shaped farthingales (the sort of thing Elizabeth I would have worn) with a wide a skirt support worn on the hips, called a tontillo or garde-infant. Despite some unflattering descriptions (‘monstrous’ was the kindest), the frocks remained in vogue at the Spanish court for decades, and the fashion passed on to the Habsburg court in Vienna.

The fashion was curiously sexless. The stays and bodice produced a flat-chested look, while the huge skirt made so little concession to the actual human form beneath that, were it not for the bobbing motion, you might almost have thought Spanish ladies had no legs.

By the 1720s a similar look had established itself in England and France, and ladies were wearing hoops of three circles of whalebone or steel strips with a circumference of about eleven feet. They came in all sorts of shapes – funnels, domes, useful ledges placed so high that a woman could rest her elbows on them, or flattened sofa shapes – as we see in Mitridate. But they were all alike in inconvenience and discomfort.

Even the Mitridate ones are a trial. The Royal Opera House wardrobe has put a lot of work into making the skirt frames lighter (with bamboo or fibreglass) and found ways to hang the whole superstructure from the shoulder (instead of the waist) but even so, some fitting sessions have been masterpieces of diplomacy, and singers have had to work on moving in their costumes. Forward and back is the best option, turning sideways is fraught with difficulties – and getting into a lift is not to be thought of.

Back in the 18th century, costumes like this were even worse, much heavier; no comfortable sports bra to flatten your chest; and a huge head of hair to manage as well. Everybody criticized the fashion; women took to dressing later so as to put off the evil moment when they donned a cage, yet everybody wore them. Why was that?

Well, principally the look. The shape might have been odd, but picture after picture shows us fashionable ladies draped in yards of magnificent silk and brocade. This was a society rioting in frocks. Servant girls might put on hoops, but they could achieve nothing like the width of a court dress. European aristocrats were, of course, members of the ruling elite, but the political climate was turning against them, and they responded by becoming more aristocratic, formal and ceremonious. Theatre (particularly opera), which was financed by these courts, fell into line at once and the wide skirt became a uniform, both for the duchess and the tragic heroine.

Mozart lived within the purlieus of the most formal court of them all. Under the Empress Maria Theresia, Austrian court clothes had become strictly regulated and though her son Joseph II was more relaxed about court procedure, he kept to the dress code. At his court noblemen wore red and gold coats; his orchestras practically adopted the style as a livery and Michael Kelly (the first Don Basilio) never forgot seeing Mozart take the first rehearsal of Le nozze di Figaro in a red coat and gold trimmed hat. 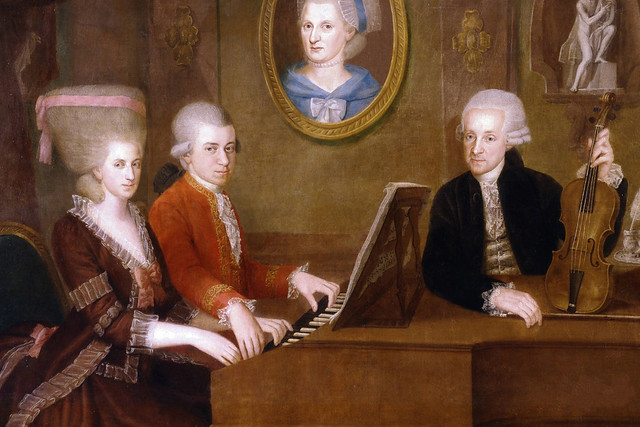 Given Mozart’s penchant for scarlet coats – and gold lace – it’s unlikely that he found the court costume a problem. There was nothing of the bohemian about Mozart, or his father. Leopold kitted the whole family out in the most fashionable clothes he could find and it is interesting to reflect that, whatever extravagant costume the first Aspasia, Sifare and Mitridate wore on stage, their teenage creator would have been sitting at the keyboard as stiff, ruffled and brocaded as they.

This is an edited extract from Sarah Lenton’s article ‘Dressing for Opera’, available to read in full in The Royal Opera’s programme book for Mitridate, re di Ponto.