Giuseppe Verdi’s opera Nabucco was livestreamed on YouTube on 30 July 2014 and available to watch on-demand for a limited time afterwards.

The opera was presented by Dominic Peckham, who joined Big Screen audiences live from Trafalgar Square in London. For specially selected films and articles about the production download our Nabucco digital programme – for free using the promo code FREENABUCCO. 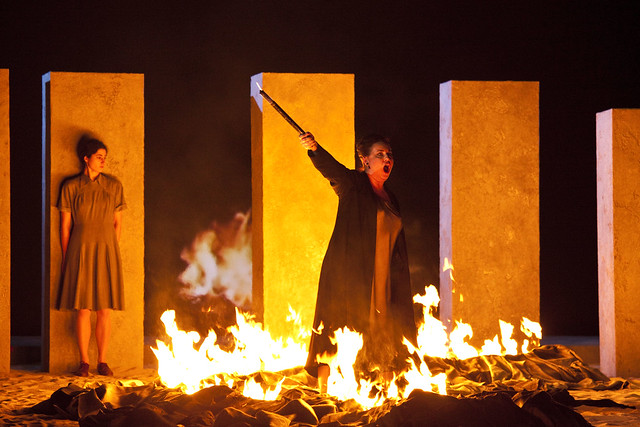 Nabucco, King of Babylon, is at war with the Israelites – but his daughter Fenena is in love with Ismaele, who is one of them. When he captures Jerusalem, Fenena goes against her father and releases his prisoners, leading her vengeful half-sister Abigaille to plot to take power.

Nabucco is struck by lightning and in his weakened state is tricked into signing a death warrant for the Israelites by Abigaille.

He prays to the God of Israel for forgiveness. But does his awakening come in time to save the Israelites from death? 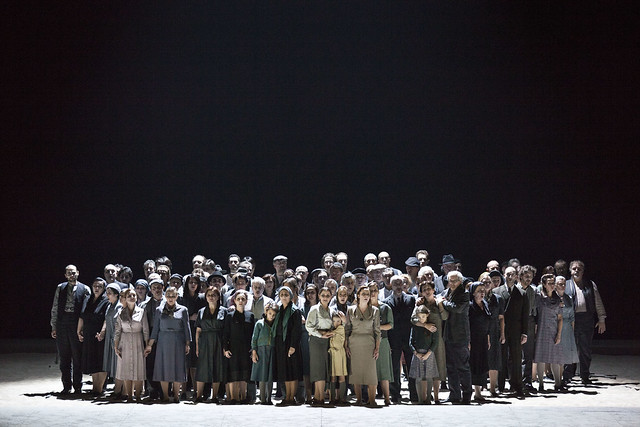 Daniele Abbado’s production is set in the second half of the 20th century and explores the reality of conflict, where friend and enemy may become indistinguishable.

There are wonderful bass and baritone roles in the figures of Nabucco, the Babylonian King and Zaccaria, the Hebrew prophet – while in Abigaille, Verdi created a memorable anti-heroine, at once terrifying and pitiable. Throughout, the score blends rhythmic vitality and powerful drama, and is on a scale to do justice to the opera’s epic themes.

An epic drama in every sense of the word, Nabucco features an enormous chorus that sing iconic choral works including ‘Immenso jehova’ and ‘Va pensiero’, the unofficial national anthem of Italy.

Find out more about the true story behind ‘Va pensiero’.

Domingo sings the title role of Nabucco joined by the Ukrainian soprano Liudmyla Monastyrska as Abigaille, in this first revival of Abbado’s production. In this short film, shot in 2013, the pair discuss the complexities of Verdi’s Biblical epic, a challenge for any singer.