David Bösch’s haunting Royal Opera production features some of the composer's most recognisable music, including the Anvil Chorus. 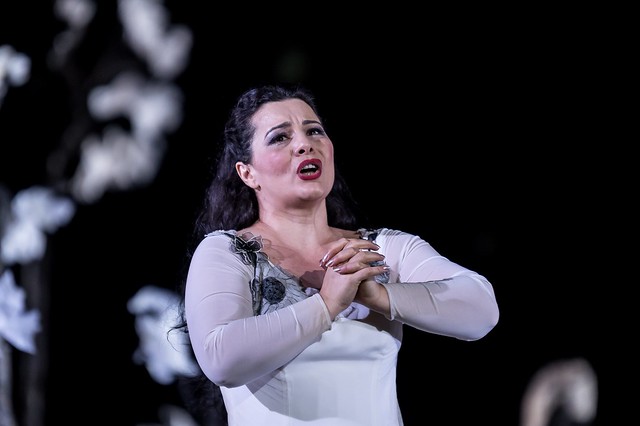 Giuseppe Verdi's fiery opera Il trovatore will be broadcast live to cinemas from the Royal Opera House on 31 January 2017 at 7:15pm GMT.

Before the opera starts, the tragedy has already been set in motion. To avenge the murder of her mother, a gypsy called Azucena abducts the younger son of the Luna family.

When the opera begins, Azucena’s foster son Manrico and the military commander Count di Luna have become rivals in love for Leonora. Azucena has a secret that affects both men: will she tell it, or will she see her revenge through at any cost? 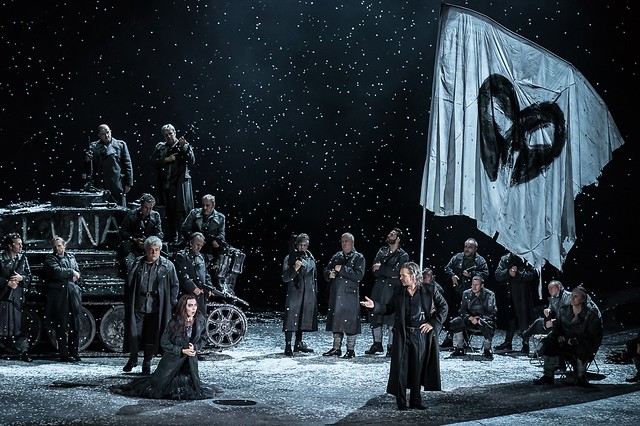 Il trovatore is among Verdi's most highly regarded operas and features a beautiful score of reflective arias, impassioned duets and fiery choruses. It is famous for its 'gypsy' music, in particular the memorable Anvil Chorus.

The score's other highlights include 'Tacea la notte', which shows Verdi's prowess not only in creating big tunes, but also psychologically rich music which drives the drama through the expression of complex characterization.

Verdi also makes it clear that Azucena, a mezzo-soprano, is Il trovatore’s most important female character, and one of the most challenging mezzo-soprano roles in all opera. 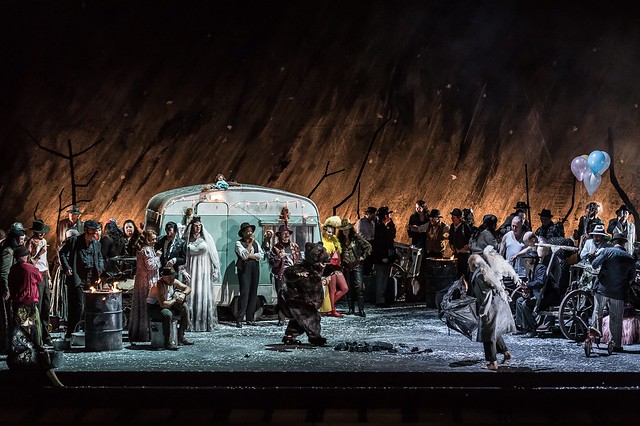 Read audience reaction to the 2016/17 opening night of Il trovatore and add your own review.

After the relay, we will publish a roundup of audience tweets, so share your thoughts with the hashtag #ROHtrovatore.