Verdi's greatest challenge? The pressures and delights of tackling Otello

As he prepares to stage a new production of Verdi's late and great opera, director Keith Warner delves into the piece's dark and difficult themes. 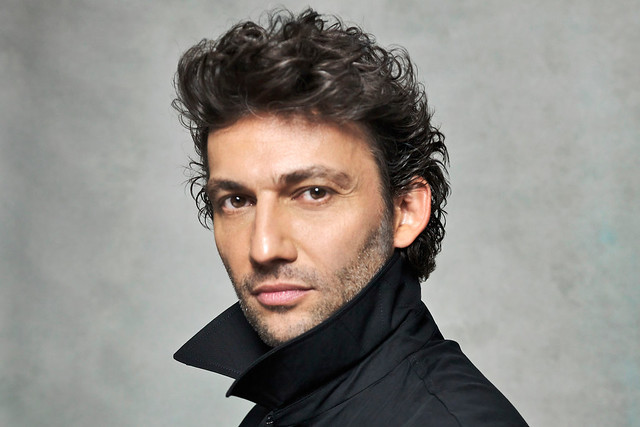 ‘I refuse to be lectured on this,’ says Keith Warner about his new production of Otello coming to The Royal Opera in June 2017 (and starring Jonas Kaufmann in a to-die-for role debut, alongside American tenor Gregory Kunde). I’ve just asked him the straight-to-jugular question – will there be blacking-up? – and it gets him immediately into a cheerfully pugnacious mood. ‘I’ve employed anybody of any colour for any role all through my working life. I would never dream of asking a black singer to put on a white face, so why ask a white singer to black up? That’s not the kind of theatre I’m interested in, and it’s just not necessary: it’s about the audience making an imaginative leap. And on top of all that, it’s of such offence to the black community in London and elsewhere. Why do it?’

So far, so firm. But then a glimpse of the collegial and anti-tyrannical figure, adored by singers for his responsiveness to work in the rehearsal room, shines through. ‘It’s not an edict. It’s not set in stone. Anything can change in rehearsal. But sitting here now, I just can’t see it. I’ve spoken to Jonas about it too, and he’s very sensitive to the issue.’

It’s this willingness to adapt, this delight in questioning everything – even his own dearly-held beliefs – which have made his previous Royal Opera productions so memorable. His Olivier Award-winning Wozzeck (2002) was a miracle of cool insight and gallows humour. His staging of Rossi’s Orpheus (2015) in the Sam Wanamaker Playhouse was both engaging and moving. Speaking about his 2007 Ring cycle, he once said, ‘There is no true success in a Wagner production. Only degrees of failure.’ It’s a phrase that charmingly and modestly undersells its spectacular merits. Who could forget that joyous, doomed leap of the incestuous lovers at the end of Act I of Die Walküre? 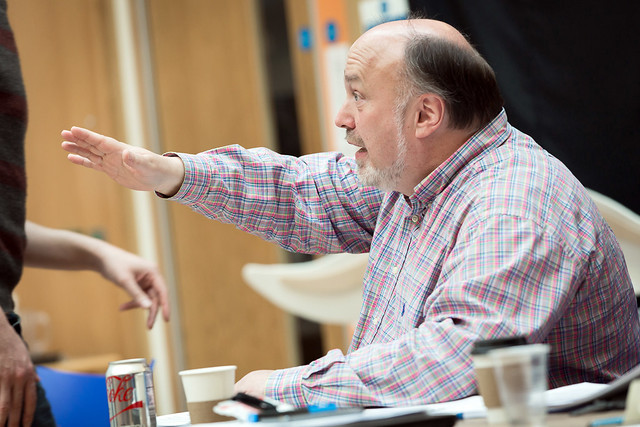 Now he turns his attention, for the first time in his career, to Verdi’s late, great masterpiece. It’s getting him excited, as much for the chance to work with his old friend and frequent collaborator Tony Pappano, as for the opportunity to explore the psychological depths of this great work. Indeed, his approach will be to treat the piece as something of a psychodrama, with the issue of identity crucial to the protagonist’s breakdown. ‘In Shakespeare’s time the word Moor had a wide connotation. I can relate this to my childhood, growing up on a council estate in North London, when anybody who came in – Pakistanis, Hindus, Africans – were called “blacks”, usually disparagingly: Moor was a similar catch-all phrase.’ So are Otello and the Venetians confused about his identity?

‘I think so. I’ve also been reading an excellent collection of essays in Shakespeare and Race [edited by Catherine Alexander and Stanley Wells], one of which suggests that Othello/Otello might have been one of the devşirme of the Ottoman empire.’ These were young Christian boys, taken by Muslims from conquered countries as a kind of tax, then sent to Constantinople to be educated as leaders, and then returned as men to be governors of their former homes. ‘Quite a few of these men would turn traitor, and return to their original roots. Could that be Otello’s story? If he’d been taken, and then escaped, and was now working for the Venetian state, the piece becomes about his confusion over who he is. He’s continually hearing attacks about his identity, in which the colour of his skin is really the least important thing.’ It promises to be a memorable interpretation, given Kaufmann’s star quality and Kunde’s deep and unique experience in the title role.

This production will replace Elijah Moshinsky’s traditional, period-costume staging, which has been doing sterling service from 1987, in which year Plácido Domingo sang the title role. How does Warner hope to realize his psychodrama concept visually? ‘I want to give the impression that everything turns against Otello. He’s a great hero, and then his whole world collapses, bit by bit, until it comes down to the size of a tiny handkerchief. That’s what I’m after: to start outwardly and go internally. The set will be a huge symbolic play of black and white, moving from light and love into the dark prison cell of his mind. I’d like the audience to feel that it can’t quite define the space any more when we get to that point. I think Jonas will be able to act this breakdown in a way that very few other Otellos have.’

The costumes also promise to riff on this notion of instability. ‘The designer (Kaspar Glarner) and I have tried to find a kind of look that will use an Elizabethan/Jacobean framework and take it into a modern context. In one sense it’ll be “period” and in another not at all. Materials might be Elizabethan, but the cut not – or vice versa. I hope it will have a kind of universality.’

The production will present yet another opportunity for Warner to work with his dear friend Tony Pappano, with whom he has a relationship going way beyond mere professional respect and shared artistic goals. They regularly go on holidays together and their families know each other well. They met in Vancouver in 1989 when Warner’s English National Opera production of Werther was being revived by the Canadian Opera Company. It was Pappano’s first major operatic job, but Warner was instantly enthralled by the conductor’s energy, musicality and instinct for drama.

‘I went home to my wife that night and said: “I have just worked with the greatest conductor in the world,” because it was immediately clear he was going places. And we hit it off within ten minutes. We started going on holiday together after that, and then visiting one another wherever we were. I was best man at his wedding, and we’ve had more Christmases together than Father Christmas and Rudolf. We’re just great mates.’ But he never loses sight of the extraordinary musicianship and roar-of-the-greasepaint instinct that makes Pappano such a great opera conductor. ‘He really leads a production from the dramatic side, and has totally sure instincts about the drama. When we were doing the Ring, for example, we wanted to put him down in the programme as “Violence Consultant”, because whenever anyone got killed on stage, you could really see that Italian side of him that’s fascinated with the Mafia bursting out. It was fantastic.’

Since there just happen to be one or two gory deaths in Otello too, his consultancy skills will no doubt come in handy again. But opera, of course, is always about the sum of the parts, never just either great conducting, or beautiful singing, or insightful direction. It’s the circle that so rarely squares, but when everything comes together, it beats anything you could ever hope to experience in a theatre. Warner agrees.

‘Tony and I share this idea that opera is actually incredibly close to circus. It’s not for nothing that Verdi makes the role of Otello so absurdly difficult. It has hugely loud passages, but demands sophisticated lyricism too, and it’s utterly remorseless. So part of the enjoyment for an audience is like being at a circus and having that delicious feeling of suspense: is the singer going to fall off the tightrope? Can he hit the high note? Tony understands that in his bones, and I love that. We always feel that we’ll risk everything when we work together. And why not? What would be the point otherwise?’