Verdi and the rise of the mezzo-soprano 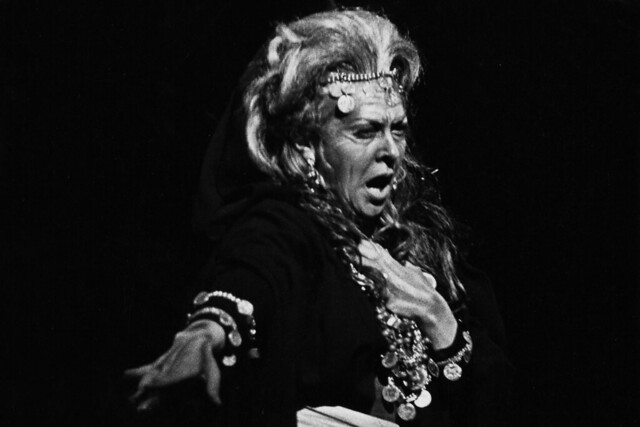 Verdi forged a new operatic tradition when he made the lead character of Il trovatore a mezzo-soprano. In a letter to librettist Francesco Maria Piave, the composer described Azucena as the principal role, the one that (if he were a prima donna!) he would wish to sing. Verdi’s decision would have exciting consequences not only for his operas but for the art form as a whole.

The term ‘mezzo-soprano’ was first used in the early 18th century to describe female voices placed between the increasingly high-lying soprano and the low, dark-hued contralto. For years it was rarely used. Handel’s lower female parts are mostly for contralto, while Mozart’s lead female roles were all written for soprano – even ones such as Cherubino (Le nozze di Figaro), now usually sung by mezzos.

With the decline of castratos early in the 19th century, mezzos began to take on heroic young male roles, such as Romeo in Bellini’s I Capuleti e i Montecchi. A number of exceptional mezzos were also muses for bel canto composers – singers such as Isabella Colbran, who created the title role in Rossini’s La donna del lago. But sopranos still dominated – it wasn’t until Verdi’s 17th opera that he put a mezzo in the spotlight.

Azucena was worth the wait. The role presents exciting dramatic challenges, and also provides a chance to show off the characteristic wide range of the mezzo-soprano voice. Azucena’s first interpreter, Emilia Goggi, was a former soprano, and Verdi contrasts dramatic low-lying passages with thrilling forays into the high register, in a part that covers more than two octaves. Small wonder that Azucena remains a dream role for many singers.

It was more than a decade until Verdi returned to the mezzo voice, but with Eboli (Don Carlo) and Amneris (Aida) he created two mezzo-soprano roles equal in stature to the operas’ soprano heroines. In both cases, Verdi uses the mezzo’s rich timbre and wide range to depict sensual and troubled young women. They are among his most fascinating characters, and both inspired Verdi to create wonderful music, such as Eboli’s flamboyant ‘Veil Song’ and ‘O don fatale’ and Amneris’s anguished Act IV soliloquy.

Verdi was not the only composer to realize the mezzo-soprano’s potential. Berlioz wrote most of his lead roles for this voice type, as he preferred its rich timbre to the brighter soprano. Bizet and Massenet put the mezzo’s dark, warm timbre to varied uses, with the sensual gypsy Carmen and the motherly Charlotte in Werther. In Russia, mezzo-sopranos often played sensual, energetic female characters, who contrasted with innocent soprano heroines, as with Lyubasha and Marfa in The Tsar’s Bride.

By the 20th century, the growing bank of mezzo roles had produced more star mezzo singers. These singers not only inspired the composers of their day to create new roles, but also began to take on roles originally created for sopranos that demanded both strong low and middle registers and powerful high notes. Parts such as Kundry in Wagner’s Parsifal and Octavian in Strauss’s Der Rosenkavalier, though first sung by sopranos, are now mezzo territory. Meanwhile, singers such as Janet Baker had many new roles created for them, most notably by Britten and Walton.

Today the mezzo-soprano continues to be in the ascendant, with the heroines of Heggie’s Dead Man Walking, Maw’s Sophie’s Choice, Adès’s The Tempest (Miranda) and Birtwistle’s The Minotaur (Ariadne) all written for this vocal type. As Verdi realized back in the 1850s, if you’re looking to create a sensual and emotionally complex female character, the wide range and warm tones of the mezzo-soprano voice are irresistible.