Writer and lyricist Jeremy Sams on the pressures of translating an opera.

By Jeremy Sams (Writer and Lyricist) 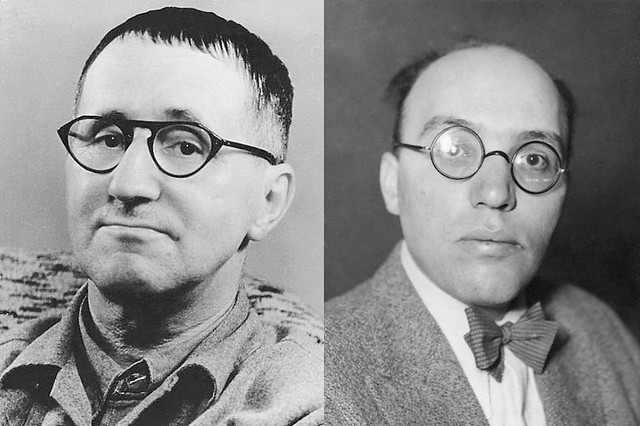 Translating plays is tough enough. Finding the right turn (and tone) of phrase which lands in just the way the original playwright (in his or her original language) intended is already a considerable challenge. Now try doing that in a way that fits like a glove and clings like glue to a pre-existing musical phrase, in such a way that not only is the meaning intact, but all the contours, and stresses and rhymes are in the right place. Okay, you’ve got that far, now incorporate notes (sometimes practical, sometimes purely taste-based) from directors, conductors, composers, librettists and those controlling their estates. And from singers.

Welcome to my world.

Actually, to be fair, most singers who have agreed to sing in English are by definition committed to the notion. Not all, sadly. One singer at the English National Opera (who shall remain brainless) said that he liked the translation very much but would like it even more if the vowels could be the same as the Italian. I made a polite note of this. ‘Also’, he added thoughtfully, ‘the consonants’.

That’s an extreme instance. I do try, though. On high notes and melismata I strive to replicate the vowel deployed in the original. Da Ponte was particularly obliging in this regard. ‘-ar’s abound, particularly in finales where he knows notes are going to be spun. So, in my translations, do ‘hearts’ and ‘stars’. There are interesting challenges here, though, too. The high B-flat in Pamina’s aria in The Magic Flute is on an ‘eee’ vowel, (‘Lie-be’). Come to think of it, the next highest note, a high ‘A’ is on the same vowel. (‘Ta-mi-no mein’). Maybe the first Pamina preferred it. Helen Field, who premiered that translation (for ENO - gosh, nearly 30 years ago) certainly did. I recall her asking me for as many ‘eees’ as I could muster. I did my best to please. And still do.

Some issues, though, are even more specific. I once translated some songs for Carreras. I had written (I now blush) some guff about love glowing briefly ‘like a firefly’… ’What is this firefly?’ he asked. I explained, venturing that they maybe had the same insect in Catalonia. To no avail, though. ‘No’, he interrupted, ‘I do not sing about insects.’ So back to the drawing board.

The drawing board, of course, is a second home to the opera translator. The tiniest (justifiable, of course) change can cause a complicated rhyme scheme, or what I’d thought of as an ingenious solution to fold like a card table. Start again. And quite right too. It’s nothing if not pragmatic work. Literally nothing. It doesn’t exist without singers, without producers, without conductors. Without music. I recently had a translation published, my rather production-specific Don Giovanni, and flattered though I was I couldn’t really imagine why, or indeed how anyone would read it cold. All it has to do is sing well.

The reasons I mention this behind-the-scenes horse-trading are twofold. Firstly because at the time of writing I am in (or more precisely almost out of) the thick of it. Mark W, conductor, has gently upbraided me on my shameful predilection for bad language. John F, director, has politely challenged my understanding of the finer points of German grammar, Kim K, who runs the Weill estate, has respectfully pointed out a few moments where the whole nub of a scene or a song seems mysteriously to have passed me by. And of course they are all right. Slightly because they have in some sense a power of veto, but entirely because they are all experts who know their shit (sorry Mark). Negotiations with the singers have yet to commence. There are always answers, though – all that is needed is an open mind and a good thesaurus.

The second reason that this horse-trading is so germane to this piece is that it mirrors the pretty tectonic (i.e. massive, but subterranean) struggles that accompanied its birth – in spite of the drinking and the laughter. What we see here, as maybe never before in opera, is the spectacle of two geniuses, Brecht and Weill, loggerheaded in a co-dependent struggle. Collaborating, to be sure, each needing the other, but each at the same time staunchly defending their own corner.

Wort oder Musik, that’s the age-old battle – and never more doggedly fought than here. Brecht’s genius is beyond question. It’s hard to think of another great poet who is such a great dramatist – at least not since Goethe and Schiller. Words are his weapons, and here he carpet-bombs us with them. Look at the variety of text in Mahagonny. There is spoken dialogue, there is text spoken over music, text spoken in notated musical rhythm, sung text. There is text as design, written on placards, and on projected captions, there is text proclaimed through loudspeakers, text in the vernacular, text in a foreign language (English), text taken from pre-existing poems, text which stands apart from the characters and the story, text which is part of and pushes forward the story. There is tightly rhymed text, there is loosely rhymed text, and there is pure prose. There is text that seeks to imply music, organized strophically and with a chorus, like a cabaret song, runic and ‘gestic’ words that seem to imply chorales. In fact if Brecht could have written the music he would have. He certainly tried to. Eisler said he had huge musicality ‘without technique’. He would perform his own song settings to the guitar. (Weill would smile, nod, and ignore). Some of his attempts he even published. But his original tune to ‘Alabama Song’ seems like the bumblings of an amateur compared to the pure gold that Weill spins out of it.

The fact is (and how Brecht resented that fact) that the way text turns into music is in the gift of the composer. The changing pace of utterance, the juxta- and superimposition of words, the highlighting of what is important, the burying of what is not, the actual construction of musical shapes using text as Lego blocks, all those are in the hands of the composer – and are effectively acts of (at least in literary terms) criticism. When Brigid Brophy published Mozart the Dramatist in 1964 everyone went ‘Aha’, when really they should have gone ‘duh’. The composer is not only dramatist but also dramaturge. Once you have handed over your words (and I know this from bitter experience) he or she can make of them what they will. That of course is not the end of the story; look at the Strauss- Hofmannsthal, or the Puccini-Illica correspondence, the ongoing skirmishes between composer and librettist – that were destined, however bloody, for only one outcome.

Kurt Weill, typically, put it in a nutshell. ‘Music has more impact than words. Brecht knows it and he knows that I know… He knows that I’m good and that I understand him artistically so he pretends I’m utterly under his spell.’ So there!

This stand-off found voice during the rehearsals (Brecht shouting insults from the stalls) and continued long after the (considerable) success of Mahagonny. Weill and Brecht both published articles about the work. Weill first, declaring that it is musical shapes that predicate operatic structure. Brecht followed suit, implying that words were all, and that, really, the music was at best a distraction.

Mahagonny, however, represents where they agree – their intersection, the proper commingling of genius. In hindsight, the other collaborations seem more like marriages of convenience. This is an act, however short-lived, of love.

How does all this affect the translator? The first question of course is ‘what is Mahagonny?’ – somewhere very much like here, and very much like now, but distanced from both, in time and place. A city, yes, but one with no history; a place for people who don’t want to be anywhere. A place off the beaten track, which shakes its fist at nature (the hurricane) and tells God to sod off but will always be doomed. It gives the promise of freedom and fellowship but ends up in addiction, commercialism and greed. Basically it’s Facebook.

So, in terms of language, we are urban without being slangy, modern without being modish. American? The authors urged against this, but why are we talking about San Francisco and Alaska? If it’s American I can rhyme ‘love’ and ‘of’ (but not ‘mortar’ and ‘water’). In the end I only included rhymes (and there are plenty of them in a poet’s libretto) that work in both languages. My choices have followed the tone of the music as much as the words – so the songs are jaunty, the chorales are biblical, the humour, I hope, deadpan.

But it’s the lyricism of the piece that I have tried hardest (and found hardest) to capture. The aching sadness that permeates the whole – and what is sadder than the death of hope? Perhaps it’s fanciful of me to hear within it its own history. Started in 1927, ended in 1930, it begins in hope, in boom and ends in despair – and bust. The protagonists enter as friends, clubbing together, relying on each other to thrive – they end up apart, as bruised strangers, concluding that we can only ever help ourselves. But, hey, that’s life – and all human life is in this astonishing piece.

By Jeremy Sams (Writer and Lyricist)

This article has been categorised Opera and tagged Bertolt Brecht, by John Fulljames, Kurt Weill, opera, Production, Rise and Fall of the City of Mahagonny, The Royal Opera