As we head into Christmas and New Year, don’t miss a first glimpse of Der Rosenkavalier, and another chance to see The Nutcracker. 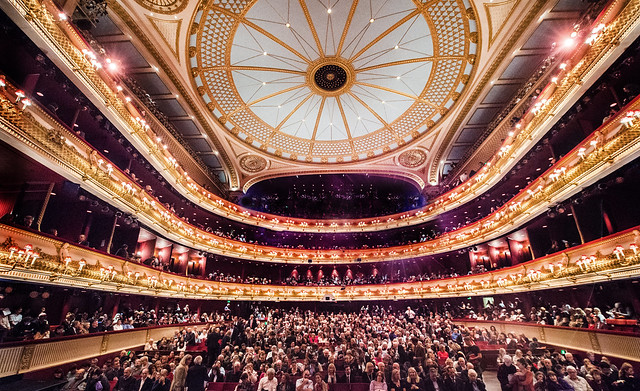 With just days to go until Christmas and New Year, here at Covent Garden, we’re very much looking forward to Robert Carsen’s new Royal Opera production of Strauss’s Der Rosenkavalier. As well as the gorgeous costumes waiting on rails backstage for opening night, the production features some stunning sets. Regular readers of our website’s News and Features section will have seen our film giving a first look at the staging. It promises to be one of the events of the Season, and if you haven’t yet booked, the production runs through the festive period into the new year.

Also running at the same time is The Royal Ballet’s classic Nutcracker which was relayed live to cinemas on 8 December to a fantastic response from audiences around the world. If you missed the relay, a number of cinemas are presenting Encore screenings.

The festive family fun continues at the Roundhouse where The Mad Hatter’s Tea Party runs from 30 December. The production had its premiere at the Royal Opera House in 2014, and I can fully recommend this production based on the characters of Lewis Carroll’s Alice’s Adventures in Wonderland.

And finally, while we may be in the depths of winter, the summer issue of the Royal Opera House Magazine is going to print next week and will be posted to you in the middle of January.

On behalf of all at the Royal Opera House I’d like to wish you all a wonderful Christmas and best wishes for the new year.