Find out more about Maria Callas and her performances in Tosca. 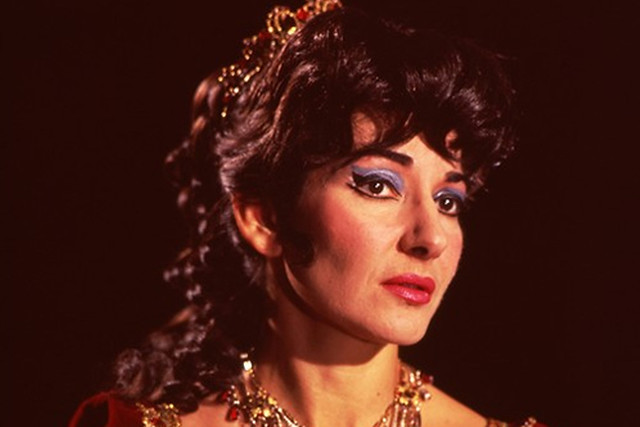 It’s Friday afternoon, and The Royal Opera Season is very nearly at a close; Tosca on Sunday night is the last show. As a last hurrah to Puccini's great opera, here are some bits of Tosca trivia, all about Maria Callas (courtesy of Mr Barry Stewart, Backstage Tours Manager).

Maria Callas made her debut in Covent Garden in 1952 as Norma, and went on to sang Aida, Leonora (Il trovatore), Violetta (La traviata), Medea and finally Tosca. For this her final role at Covent Garden she wore a dark red velvet gown in the Empire style with a seam just under the bust. This design is still the traditional style for the role today; however, Maria Callas’s dress had one main difference. She was extremely conscious of her weight, so the panel down the centre of the dress was reversed in order that the velvet looked darker and it made her look slimmer.

Before making her first appearance on stage as Tosca in 1964, Callas’s dresser had to physically stop her from leaving the theatre because of her nerves. It also took Zeffirelli the director pushing her on stage before she made her first entrance.

During the show, Tito Gobbi recalls in his autobiography that Callas leant too close to the candle flame during the scene between herself and Tito as Scarpia. The wig she was wearing brushed the flame and started smouldering. As the lecherous Scarpia, Gobbi leant around and extinguished the flame with his bare hands, burning himself quite badly. Callas didn’t miss a note however until the point at which Tosca has to stab Scarpia. She just lifted the blade and stabbed saying under her breath, ‘Grazie Tito…’.

Real guardsmen were the order of the day in Callas’s  time, a legacy of the Victorian age. In the 19th-century Queen Victoria famously complained about the slovenly way the chorus and actors were performing as guards in Fidelio and offered to supply Royal Guardsmen to supplement whenever the theatre needed non-singing guards. This continued until 1978; the last performances in which guardsmen were used were in the March/April 1978 revival of Il trovatore.

The men were supplied from whichever regiment was on household duty at Buckingham Palace. On 4 August 2000 General Sir Charles Guthrie (then the Chief of Defence), being interviewed for Desert Island Discs on BBC Radio 4, related that he had appeared as a guardsman in Tosca during Maria Callas's last appearance at the Royal Opera House in July 1965, during a gala performance in the presence of HM the Queen Mother.