The Royal Opera House cinema season continues this month with Adriana Lecouvreur which will be screened in over 700 cinemas in 22 countries. To celebrate we're counting down our top 20 films featuring opera... 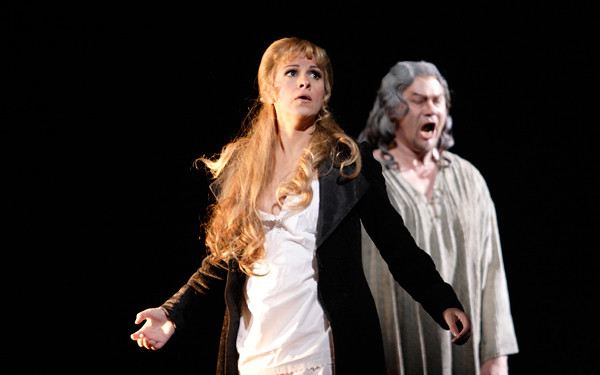 After Daniel Day-Lewis was done gallivanting around the Mid-West as a Mohican, he appeared in Martin Scorsese's The Age of Innocence as respectable lawyer Newland Archer in this tale of high society in 1870s New York. Faced with the dilemma between his attractive but rather dull wife (Winona Ryder) and her more sophisticated and fiery cousin (Michelle Pfeiffer as a Countess no less), will Newland cast off the shackles of society's rules and give into passion or will he opt for a loveless marriage?

Whilst there aren't any diabolic visitors in Scorsese's tale, the choice of Faust for the soundtrack during the opening scene does reflect the torturous dilemma the main character does have to face.

Everyone's favourite pre-revolutionary fan of frivolity was brought to life by Sophia Coppola in this film which received a mixed reaction from the critics. The film was criticised for the stylised modernisation of the life of Marie Antoinette, played by Kirsten Dunst. Still, a trip to the opera for the Queen Consort provides a perfect excuse for the depiction of an extremely lavish operatic experience - a favourite of courtesans until the guillotine was wheeled out in 1793 by Monsieur Robespierre.

This particular clip features Rameau's Platée, although as a bumper prize for opera fans Mozart's Le nozze di Figaro appears later on in the film as well.

This over-the-top science fiction film from French director Luc Besson saw Bruce Willis and Milla Jovovich fighting to save humanity from the camped up clutches of Gary Oldman. One of the most memorable scenes (filmed in our very own auditorium no less) featured blue skinned diva (voiced by Albanian soprano Inva Mula-Tchako) belting out ‘the mad scene’ from Gaetano Donizetti’s Lucia di Lammermoor in a perfect example of blue bel canto.

Before Pavarotti bellowed the crescendo of Nessun Dorma into living rooms around the world, the aria was used in Roland Joffe's The Killing Fields - a film about photographer Sydney Schanberg being trapped in Cambodia during Pol Pot's Year Zero campaign of genocide.  It's estimated that Pot's regime in the country claimed the lives of two million Cambodians.

The emotion of the aria perfectly counters the cold stoicism of Richard Nixon's news broadcast speech before it gives way to heart-wrenching footage of victims during the crescendo. As a word of warning, this clip does contain shots some viewers may find disturbing.

Like a filmic Tosca, The Talented Mr Ripley was filmed primarily in Rome and Venice, using many landmarks of the cities as backdrops for a murderous thriller. The film tells the story of Tom Ripley and his friendship (increasingly an obsession) with wealthy shipping heir Dickie (played by Jude Law).

In this clip, Ripley is dragged to see Tchaikovsky's Eugene Onegin by socialite Meredith Logue. The famous duel scene in particular affects Ripley, reminding him of his own murder of Dickie (in a rowing boat with an oar, if you're wondering...)

We'll be counting down the next 15 films over the course of the week. In the meantime, what are your favourite films featuring opera?