The Brazilian dancer has decided to make the current Season his last as a Principal with the Company. 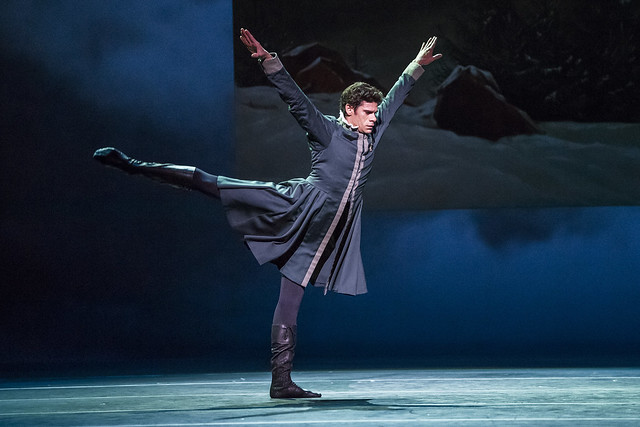 He will return as a guest Principal in the 2019/20 Season. His documentary film Primeiro Bailarino (Principal Dancer) will be screened in the Linbury Theatre on 21 January, giving a unique insight into his dance journey in London and Brazil. He will also feature in a new work by Goyo Montero in the Linbury Theatre as part of New Work New Music. Thiago will also dance in his first solo venture Duelo with Brazilian pianist Marcelo Bratke at the Tivoli Theatre, Lisbon in February and he will also perform in Mayerling on tour with the Company in the summer.

Soares comments, ‘I’m so grateful to The Royal Ballet and feel privileged to have had the opportunity to work with so many incredible artists during my time here. I’m thankful for being “adopted” by the UK and for being so warmly welcomed as part of the Royal Opera House family. I want to thank Director Kevin O’Hare for helping me develop my plans for the future and for facilitating the next step in my artistic career.’

Director Kevin O’Hare comments, ‘Thiago has had an extraordinary career with The Royal Ballet. He has performed a huge range of roles across both the classical and contemporary repertory. His imposing stage presence has been particularly memorable in dramatic roles such as Onegin, Crown Prince Rudolf in Mayerling and King Leontes in The Winter’s Tale. He will be missed as a regular on the Royal Opera House stage but I am delighted to be able to invite him back in the 2019/20 Season.’

Thiago Soares joined The Royal Ballet as a First Artist in 2002 and was promoted to Principal in 2006. He has performed leading roles across the Company’s broad repertory including Giselle, Swan Lake and The Sleeping Beauty among the classics, Frederick Ashton’s Thaîs Meditation, Sylvia and La Fille mal gardeé, John Cranko’s Onegin, Kenneth MacMillan’s Mayerling, Manon, Romeo and Juliet and Song of the Earth and George Balanchine’s Jewels. In more recent work Soares has featured in Christopher Wheeldon’s The Winter’s Tale and After the Rain, Liam Scarlett’s Sweet Violets, Wayne McGregor’s Raven Girl and Tetractys and Arthur Pita’s The Wind.

Soares was born in Rio de Janeiro in 1981 and trained at the Centro de dança, Rio de Janeiro in Brazil, joining the Municipal Theatre Ballet in Brazil in 1988.  In 2002 he trained with the Mariinsky Theatre in St Petersburg and that same year was invited by Monica Mason, then Director of The Royal Ballet, to join the Company. Soares has won a number of awards including silver at the 1998 Paris International Dance Competition, gold at the 2001 Moscow International Ballet Competition and Outstanding Male Artist (Classical) at the 2004 Critics’ Circle National Awards. In 2018 he was awarded the Order of Cultural Merit by the Brazilian government for services to art.

This article has been categorised Ballet and tagged Thiago Soares