‘If you can dance The Sleeping Beauty really classically and really well, you can dance anything', says Director of The Royal Ballet Monica Mason of the enchanting fairy-tale.

The production holds a special place in the history of The Royal Ballet: it was the first production the Company performed when Covent Garden re-opened its doors after World War II. In this film, the cast and crew explain why the production has remained such a staple in the repertory.

‘With Tchaikovsky you hear it once and you know it for the rest of your life,’ reveals Koen Kessels, Music Director of The Royal Ballet. ‘You could call it perfection.'

Mason enlisted the help of Former Artistic Coordinator Christopher Newton, when she set about updating the original production in 2006. ‘We really wanted to recreate the 1946 production, but bring it up to date for today’s audiences', he explains. The work includes some of the most technically demanding steps in all of ballet – including the ultimate challenge for a ballerina – The Rose Adage. 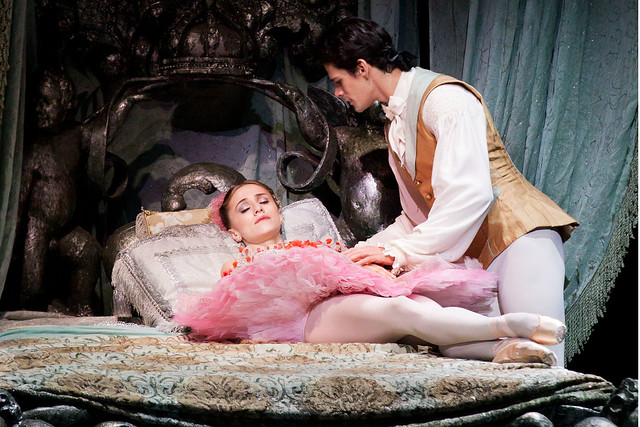 ‘It’s a fantastic display of classical technique – all within a fairy-tale', explains Marianela Nuñez who danced the role of Princess Aurora when the production was relayed live to cinemas. 'It’s a lovely story but what goes with it is one of the hardest roles for a ballerina: it’s like climbing Mount Everest!’, reveals the Argentine Principal.

‘We do a lot of spinning a lot of jumping and I do think – “Oh my goodness I’m about to die!”’ laughs fellow Principal Vadim Muntagirov who danced the role of Prince Florimund.

Several other cast members are also featured to discuss the ballet’s opposing forces of good and evil. ‘It’s always more fun to play a baddie!’ reveals Soloist of The Royal Ballet Kristen McNally who performs the role of Carabosse, who casts a spell on the baby Princess Aurora. To counter the curse, the Lilac Fairy (danced by Claire Calvert) famously sends the beauty to sleep until she is woken by true love’s kiss.

The film captures the ballet from side-of-stage, taking audiences closer to the beautiful costumes, magical effects and intricate footwork required.

‘It’s the coming together of excellence in every department’, smiles Mason. ‘It’s what we hope for.’