Who are the left-field fairytale characters who dance in the ballet's final act, and what makes their moment in the spotlight so spellbinding? 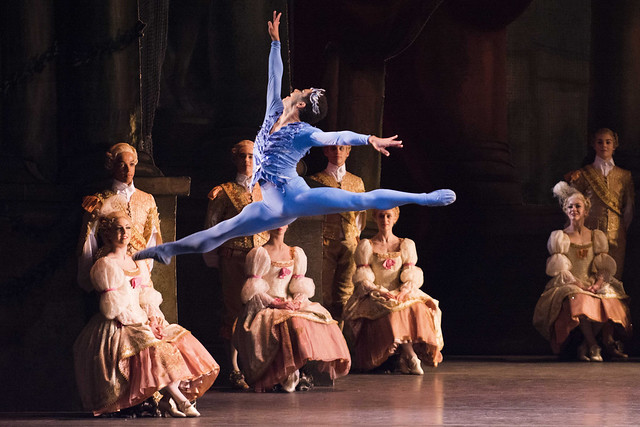 Marcelino Sambé as the Bluebird in The Sleeping Beauty, The Royal Ballet © ROH/Tristram Kenton, 2014

At the end of The Sleeping Beauty, once Princess Aurora is awoken and the wicked fairy Carabosse is banished, all manner of fairytale characters attend the wedding of Princess Aurora to Prince Florimund. There is Puss-in-Boots, as well as the White Cat; there is Red Riding Hood and her tormentor the Wolf; there are the rather elusive figures of Florestan and his two sisters; and there are Princess Florine and the Bluebird.

These may not be the fairytales that many of us grew up with. While Puss-in-Boots and Red Riding Hood are familiar figures, the others could well require a little more introduction – including Princess Florine and the Bluebird, despite their whistle-stop pas de deux being one of the ballet’s enduring highlights. So who are these figures, and where do they come from?

Some of the guests in the final act are from fairytales written by the creator of The Sleeping Beauty himself, Charles Perrault. His collection Tales from Times Past, with Morals was first published in 1697 and contained not only Aurora’s tale but also the stories of Little Red Riding Hood, Puss-in-Boots and Cinderella. These characters all attend ballet's wedding scene alongside lesser-known characters such as Blue Beard and Hop-o’-my-Thumb.

The White Cat, on the other hand, is the heroine of a tale by Madame d’Aulnoy, a near-contemporary of Perrault. She is a princess, trapped in the body of a cat until she finds a faithful man. (Although the White Cat dances with Puss-in-Boots in The Sleeping Beauty, her true partner is in fact a prince who stumbles across her castle while looking for a small dog.)

Florestan and his sisters are late arrivals to Aurora’s wedding, in that they were not present in Petipa’s original 1890 version of the ballet: they were added by Diaghilev when his Ballets Russes performed the work in 1923. Despite being of questionable fairytale lineage, their cameo has become a firm favourite of dance audiences.

Princess Florine and the Bluebird, however, are the subjects of another tale by Madame d’Aulnoy. The handsome Prince Charming falls in love with Florine, but her stepmother is determined that he should marry her horrible daughter, Truitonne. When he refuses, the stepmother turns him into a Bluebird, but even then the lovers continue to meet. Although later on, when his curse is broken, Charming is forced to marry Truitonne, true love eventually triumphs when Truitonne is transformed into a sow, leaving the path clear for the lovers to reunite. 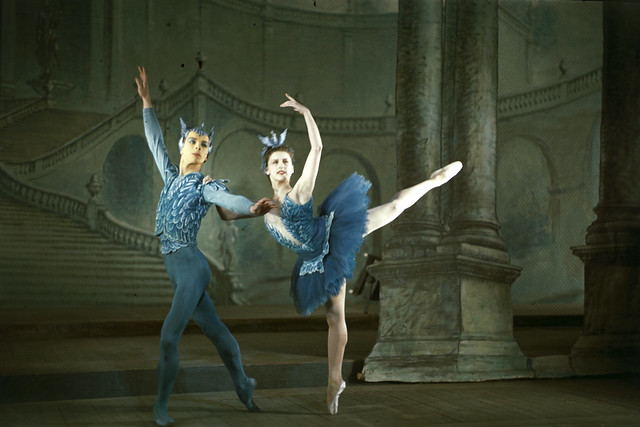 The sow Truitonne does not seem to be on Aurora’s guest list (perhaps paving the way for a sequel), but Florine and her avian lover make a spectacular appearance once Puss-in-Boots and the White Cat have pounced their way off the stage. To a songlike flute melody, they perform an adagio of fluttering arms, fleet footwork and rapid pirouettes. At the beginning, Florine cups her hand to her ear and reaches out, perhaps recalling the fairytale, where the Bluebird would sing to her while she was imprisoned in a castle. Both beautiful solo variations are further displays of technical mastery, especially with the appropriately arial feats asked of the Bluebird. Florine’s exquisitely musical solo fits like a glove with one of Tchaikovsky’s most delightful miniatures.

The coda, shown in the extract above, brings the Princess and the Bluebird together for a number that flutters with irrepressible charm. After even more flighty entrechats six from the Bluebird, the pair come together for a series of steps performed in perfect unison at impressive speed before a final leap into the wings clears the path for a lost and rather concerned Red Riding Hood.