Duo hooked up to medical gadgetry to ascertain cause of goose bumps and shivers down the spine. 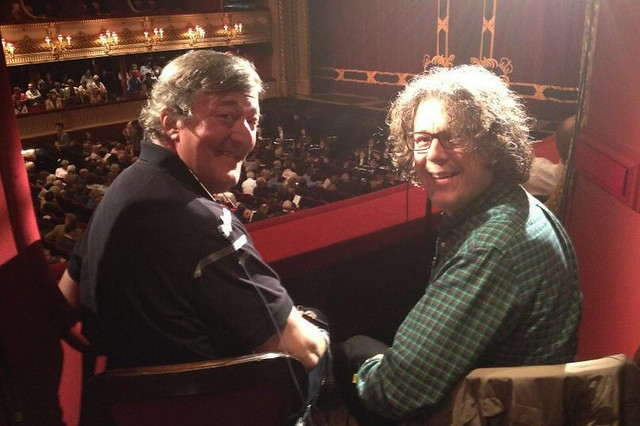 We’re used to discussing opera as an art form, but a Deloitte Ignite event on 29 September will give us the opportunity to look at it from another perspective: that of scientific enquiry. Stephen Fry and Alan Davies will be joined by Professor Michael Trimble to investigate their mental, emotional and physical reaction to an opera.

Opera virgin and QI panellist Alan was recently taken to The Royal Opera's Simon Boccanegra by Stephen. Both were hooked up with the latest medical gadgetry to record the effects on their bodies of watching Verdi's political masterpiece.  The Science of Opera aims to explain why we get a rush of blood to the head, goose bumps or shivers down the spine when we are moved by great art. The event is just one of a number throughout the month-long festival celebrating the work of Giuseppe Verdi and Richard Wagner in their bicentenary year.

Tickets for The Science of Opera are now on sale. Find out more about Deloitte Ignite, and the many free events in the festival.