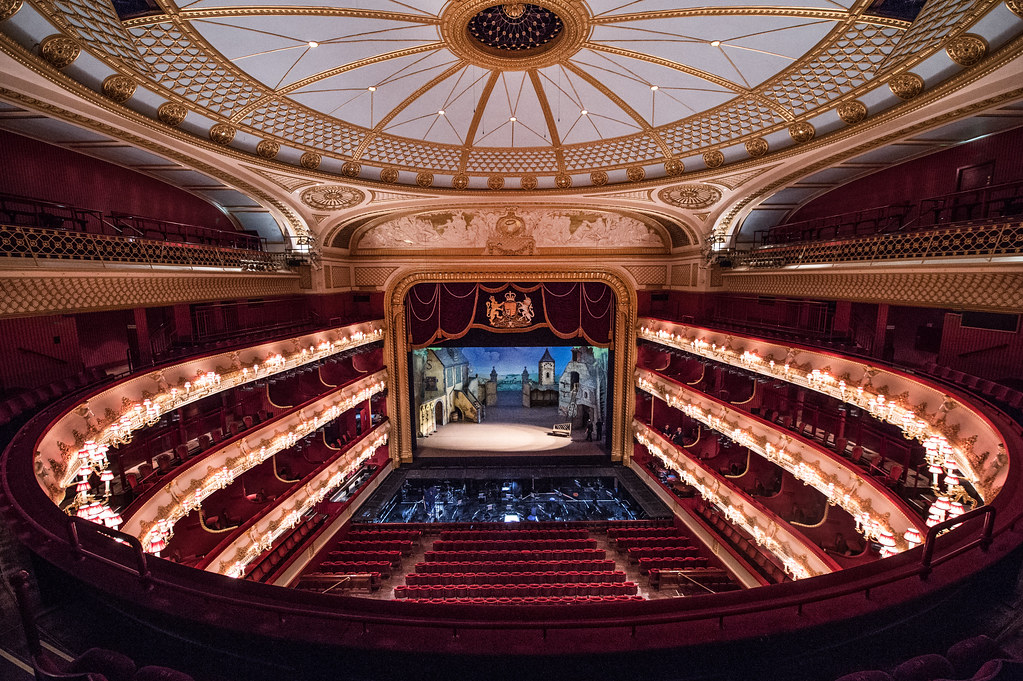 The auditorium of the Royal Opera House © ROH 2016. Photograph by Sim Canetty-Clarke

Programme features 11 new productions, including five world premieres and an exciting roster of UK and international talent with many debuts.

Today we reveal highlights including five world premieres from The Royal Ballet and The Royal Opera as well as a wealth of British and international talent taking to our stages in the first full ROH Season for 18 months.

The Royal Ballet’s internationally-acclaimed artists come together on stage in the Company’s 90th anniversary year to ‘respect the past, herald the future, but concentrate on the present’ in a Season of classic and modern works. The world premieres of three ballets are announced for the 2021/22 Season with Resident Choreographer Wayne McGregor’s The Dante Project, Artistic Associate Christopher Wheeldon’s Like Water for Chocolate and a new work by American choreographer Kyle Abraham. 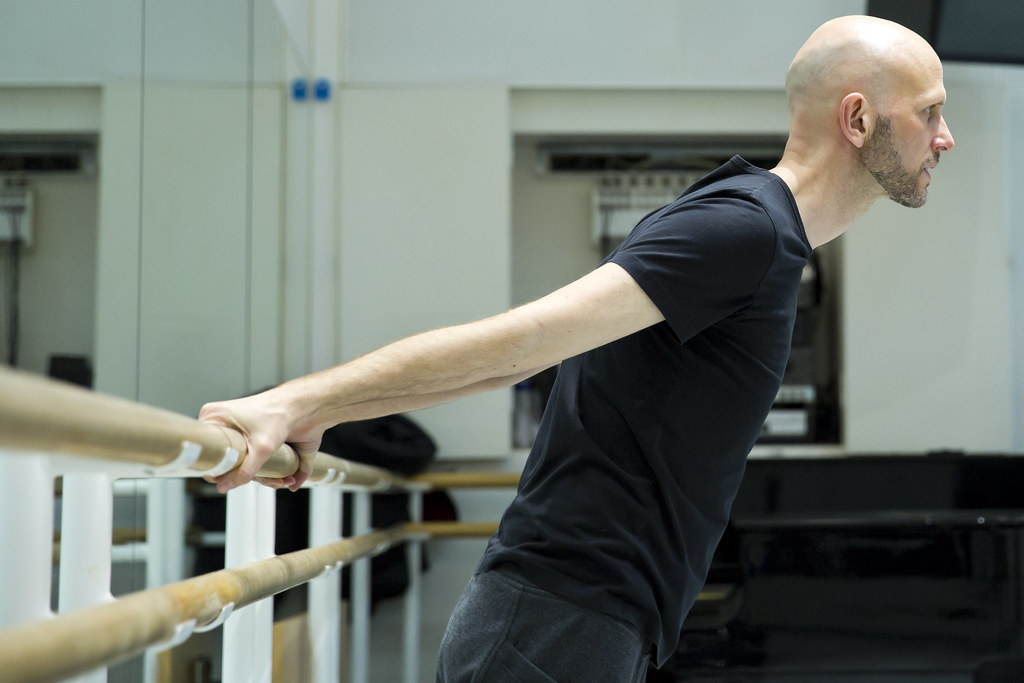 Wayne McGregor’s much anticipated The Dante Project will be given its world premiere in October 2021. The Royal Ballet’s first ever co-production with Paris Opera Ballet takes its inspiration from Dante’s Divine Comedy and is presented as part of the 700th anniversary celebrations of the poet’s death in 1321. Dante’s epic journey through the afterlife is realised in this collaboration between three trailblazing forces of the contemporary arts scene: the multi-award-winning McGregor, acclaimed composer Thomas Adès, who creates a brand-new score, and artist Tacita Dean, celebrated for her pioneering and poetic film and media work. The creative team is completed by McGregor’s regular collaborators lighting designer Lucy Carter and dramaturg Uzma Hameed. Part 1 of the work is based on Inferno, which received its premiere in Los Angeles in 2019 as part of The Royal Ballet’s international tour with Adès conducting the LA Philharmonic in his virtuoso new score. The production will also be an opportunity for audiences to celebrate the extraordinary career of Edward Watson who performs the role of Dante.

The Royal Ballet also presents the world premiere of Christopher Wheeldon’s new full-length ballet Like Water for Chocolate, based on the Mexican novel of the same name by Laura Esquivel. This co-commission between The Royal Ballet and American Ballet Theatre reunites Wheeldon with composer Joby Talbot, costume and set designer Bob Crowley and lighting designer Natasha Katz. Joining the renowned creative team is Luke Halls as projection designer. Esquivel worked with Wheeldon to shape the text of her magical novel into a scenario for the ballet. Internationally acclaimed conductor and official cultural ambassador to Mexico Alondra de la Parra returns to the Royal Opera House to conduct this ballet, and act as musical consultant for Talbot’s newly commissioned score. The ballet also draws on rich historical research by Camila de la Parra. The original cast for this imaginative reshaping of Esquivel’s richly layered love story will be led by Francesca Hayward and Marcelino Sambé. 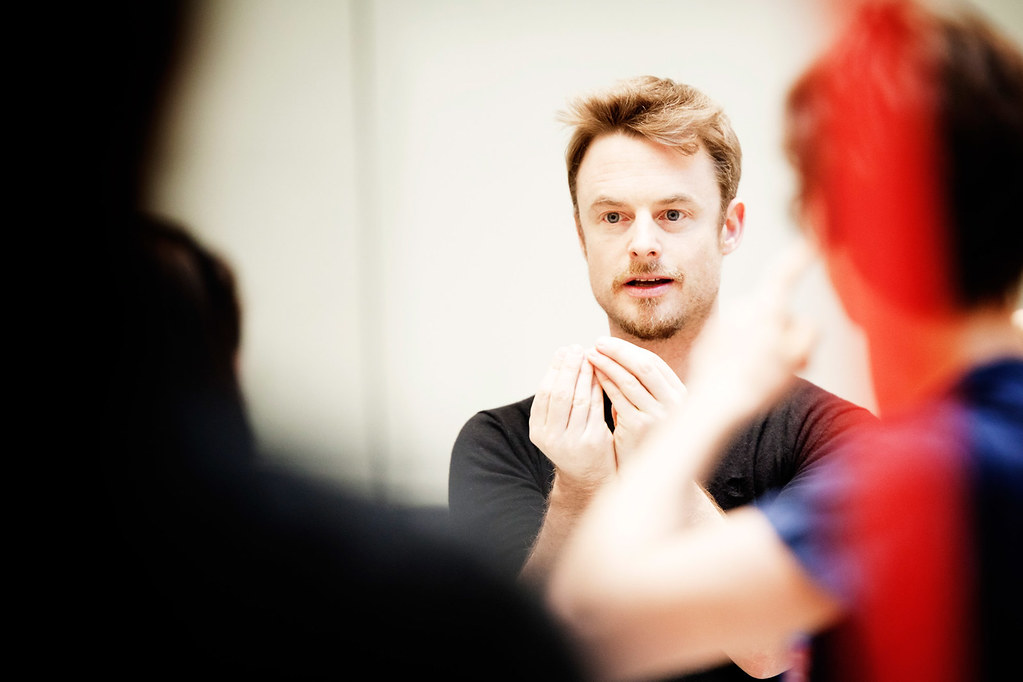 The Season will also see more new work on the Main Stage in a contemporary mixed programme (to be announced) that includes the world premiere of a work by Kyle Abraham. Alongside these exciting new works will be revivals of Royal Ballet signature classics and audience favourites including Giselle, The Nutcracker, Swan Lake, works by Frederick Ashton, and Kenneth MacMillan’s Romeo and Juliet. 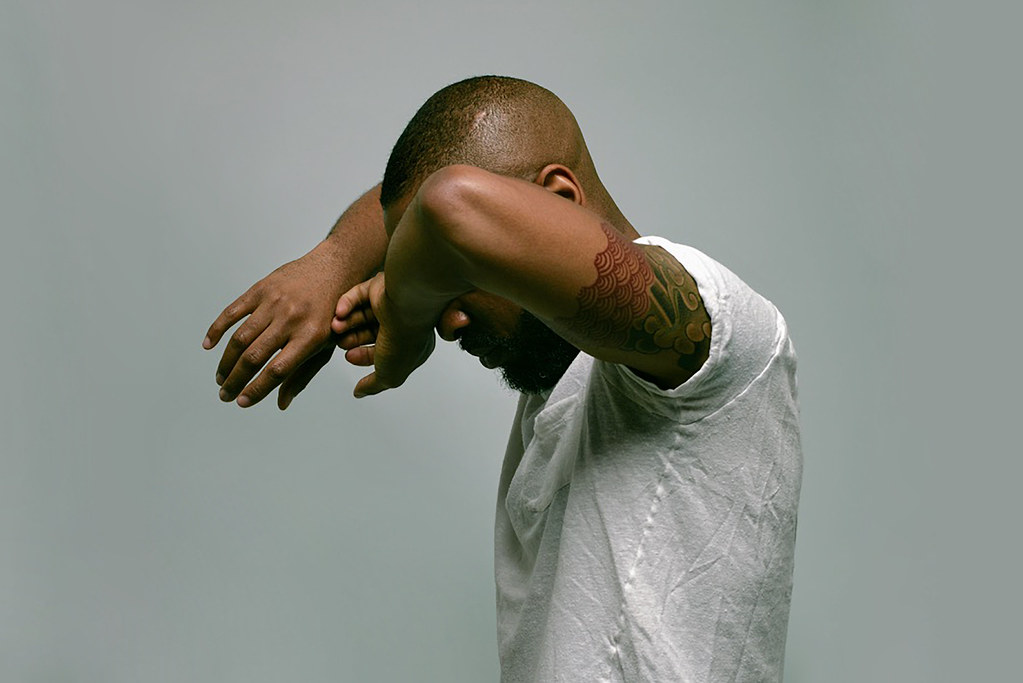 The Royal Ballet will also welcome Cassa Pancho's Ballet Black back to the Royal Opera House to continue their association with the Linbury Theatre. This company of Black and Asian classically trained dancers will present a dynamic mixed programme by Olivier-award-winning choreographers Mthuthuzeli November and Will Tuckett. Yorke Dance Project also return with a programme of works that juxtaposes past and present, celebrating choreographers who have indelibly shaped dance today. Dance Reflections by Van Cleef & Arpels Festival, an exciting new partnership with Van Cleef & Arpels, will present a selection of established works alongside new pieces of choreography.

The Linbury Theatre will again be host to creative opportunities for choreographers in the form of Draft Works and a new appointment to the Emerging Choreographer Programme. This continues The Royal Ballet’s commitment to developing a diverse talent pipeline in dance alongside the Constant Lambert Fellowship and Jette Parker Young Artists Programme ballet conductor initiatives. 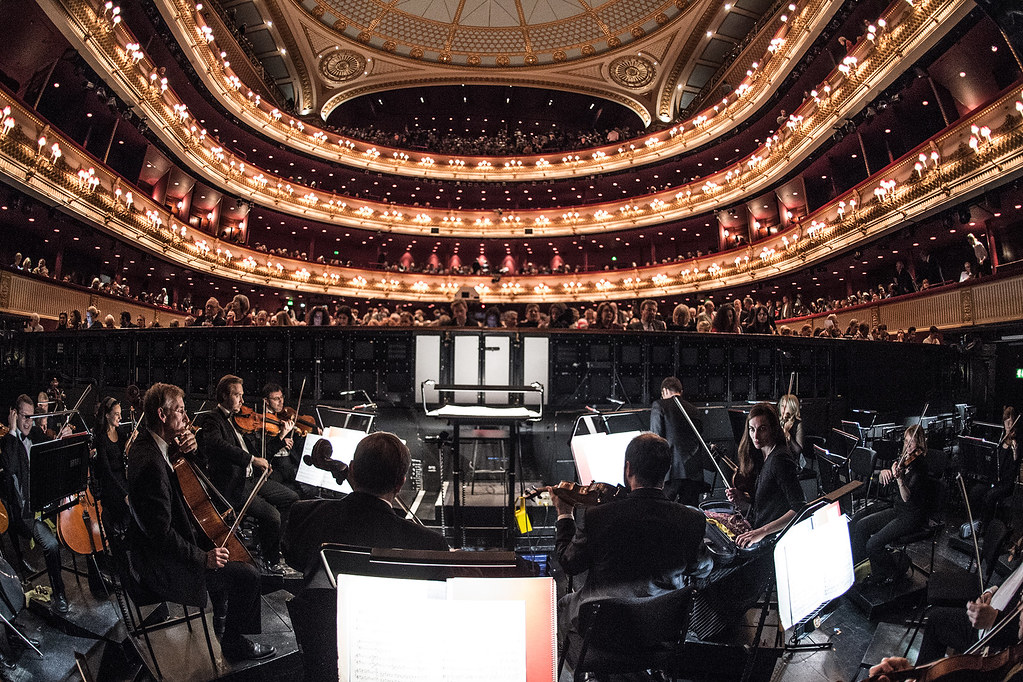 The Royal Opera Season will open with a new production of Verdi’s Rigoletto, directed by Oliver Mears – his first production since becoming The Royal Opera’s Director of Opera in 2017. This new production will receive its premiere in September 2021, with Royal Opera Music Director Antonio Pappano conducting the Orchestra of the Royal Opera House. Carlos Álvarez performs in the title role, alongside Lisette Oropesa and Liparit Avetisyan. In 2022 the ROH will celebrate Antonio Pappano’s twenty-year career at the Royal Opera House. Pappano is the ROH’s longest serving Music Director, and during his tenure he has conducted extensive repertory including Wagner’s Ring cycle, Turnage’s Anna Nicole and in 2019 Beethoven’s Fidelio. 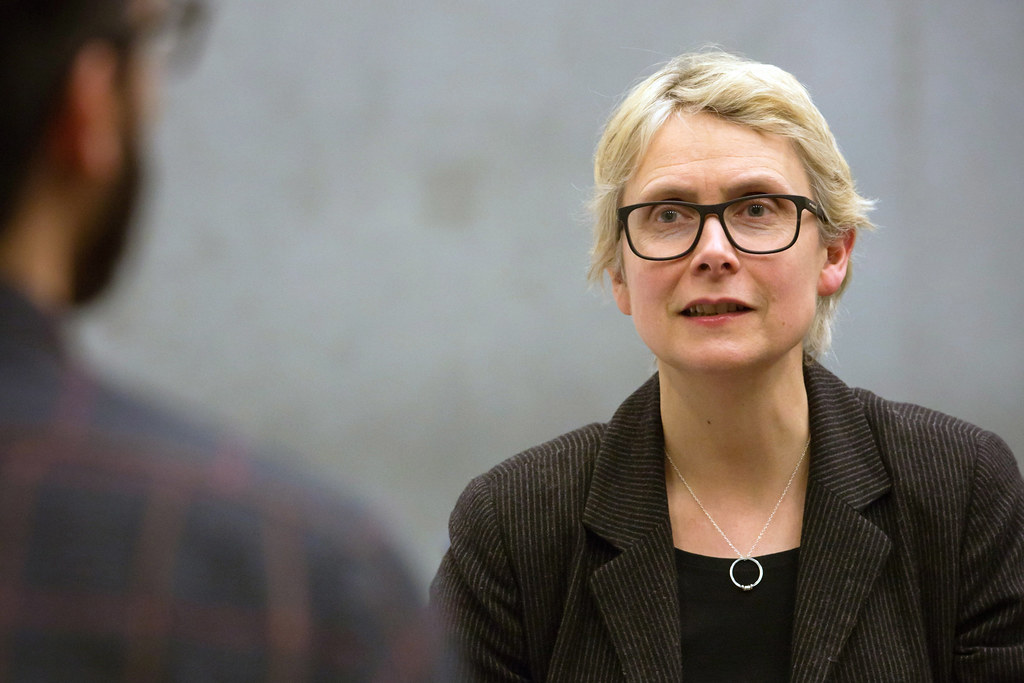 Katie Mitchell in rehearsal for her production of Lucia di Lammermoor ©2016 ROH. Photograph by Stephen Cummiskey

Continuing The Royal Opera’s exploration of Janáček’s works, we are thrilled to present the long-awaited premiere of Claus Guth’s production of Jenůfa, with Henrik Nánási conducting Asmik Grigorian in the title role, Nicky Spence as her jealous suitor Laca, Karita Mattila as the Kostelnička and Andrew Staples as Števa.

The Royal Opera continues its series of Benjamin Britten’s operas with a new production of Peter Grimes in collaboration with Teatro Real, Madrid. Deborah Warner directs and Mark Elder conducts a cast that includes British singers Allan Clayton, Bryn Terfel and John Tomlinson alongside Maria Bengtsson and former Jette Parker Young Artist Jacques Imbrailo. This exciting new production will have its premiere in Madrid in April 2021, before coming to the Royal Opera House in March 2022. 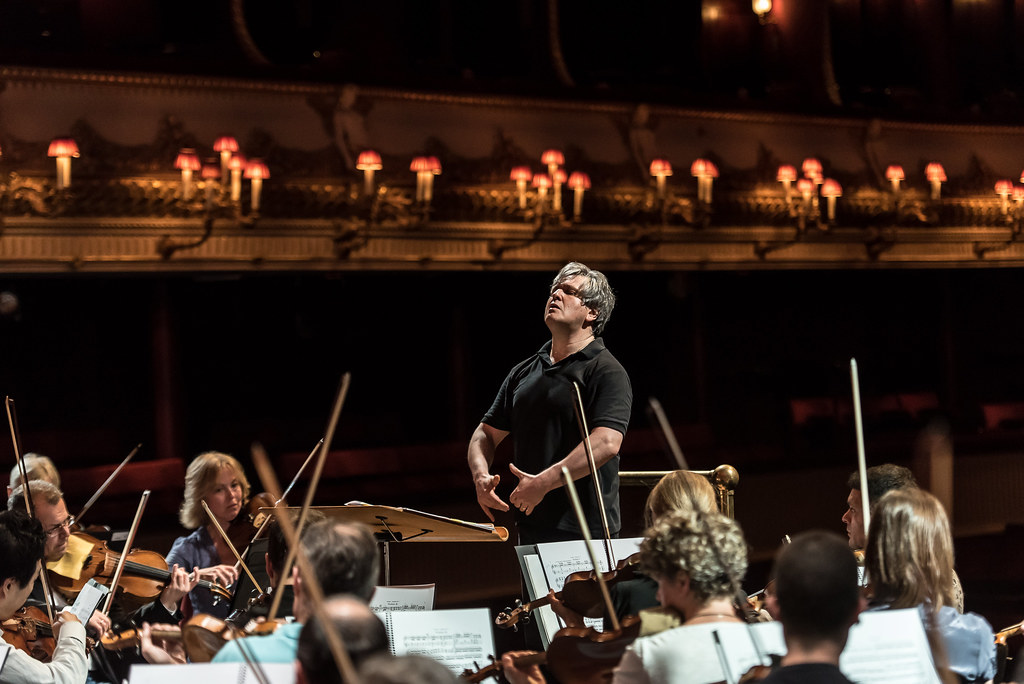 Music Director Antonio Pappano in rehearsal with the Orchestra of the Royal Opera House ©ROH/Clive Barda, 2015

In January 2022 we celebrate the 75th anniversary of The Royal Opera company, which first came together as a company at its Covent Garden home on 14 January 1947 in a performance of Carmen. More details on the anniversary celebrations will be announced soon.

For The Royal Opera’s Season in the Linbury, Little Bulb Theatre returns to the Royal Opera House for the world premiere of their magical new Christmas show for family audiences. The Linbury Season also sees the world premiere of a new opera, The Blue Woman, by composer Laura Bowler and librettist Laura Lomas. A co-commission with Britten Pears Arts, directed by Katie Mitchell, this new commission explores violence against women. Bajazet, co-produced with Irish National Opera and directed by Adele Thomas, will see the ROH’s first opera by Vivaldi presented on the Linbury stage.

The Royal Opera welcomes a breadth of British and international talent in revivals of much-loved operas this Season. These include Anna Netrebko in Nabucco, Angela Gheorghiu in Tosca, Sonya Yoncheva in Madama Butterfly and Simon Keenlyside in Macbeth. The 2021/22 Season also sees the return of La traviata with no fewer than six sopranos singing the role of Violetta in Richard Eyre’s time-honoured production: Lisette Oropesa, Ekaterina Bakanova, Anush Hovhannisyan, Pretty Yende, Angel Blue and Hrachuhí Bassénz. 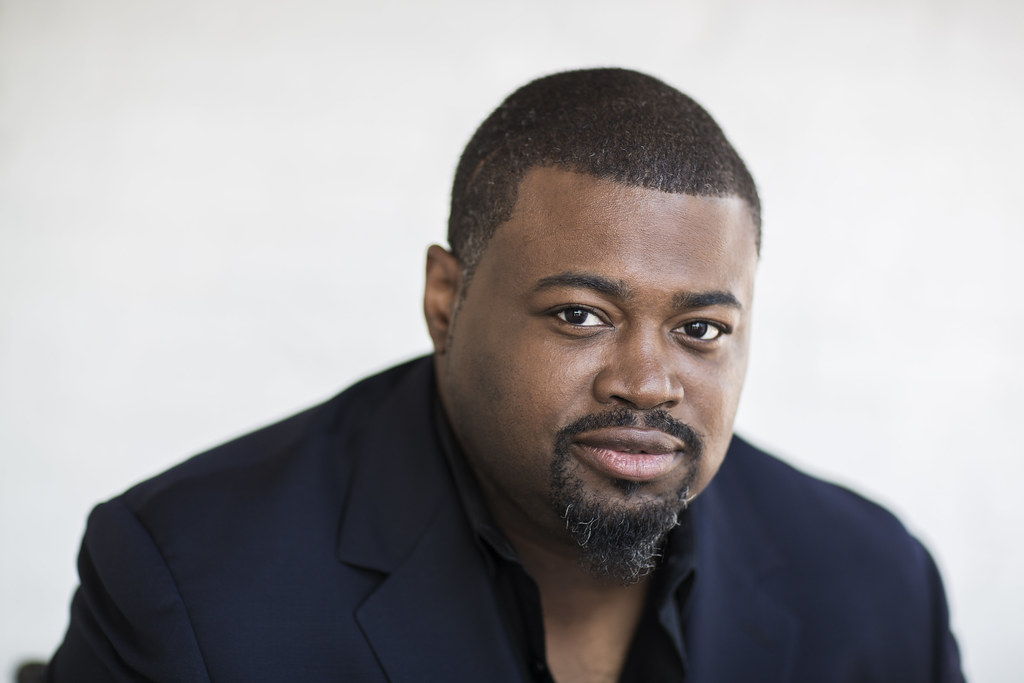 This Season’s revival of Keith Warner’s production of Otello in Summer 2022 sees American tenor Russell Thomas taking to the stage in the title role – one of the most punishing in the repertory. Daniele Rustoni will conduct a superb cast including Hrachuhí Bassénz as Desdemona and Christopher Maltmann as Iago. Jonas Kaufmann takes the lead roles in Damiano Michieletto’s double production of Cavalleria rusticana and Pagliacci, alongside Albanian soprano Ermonela Jaho and Georgian mezzo-soprano Anita Rachvelishvili. 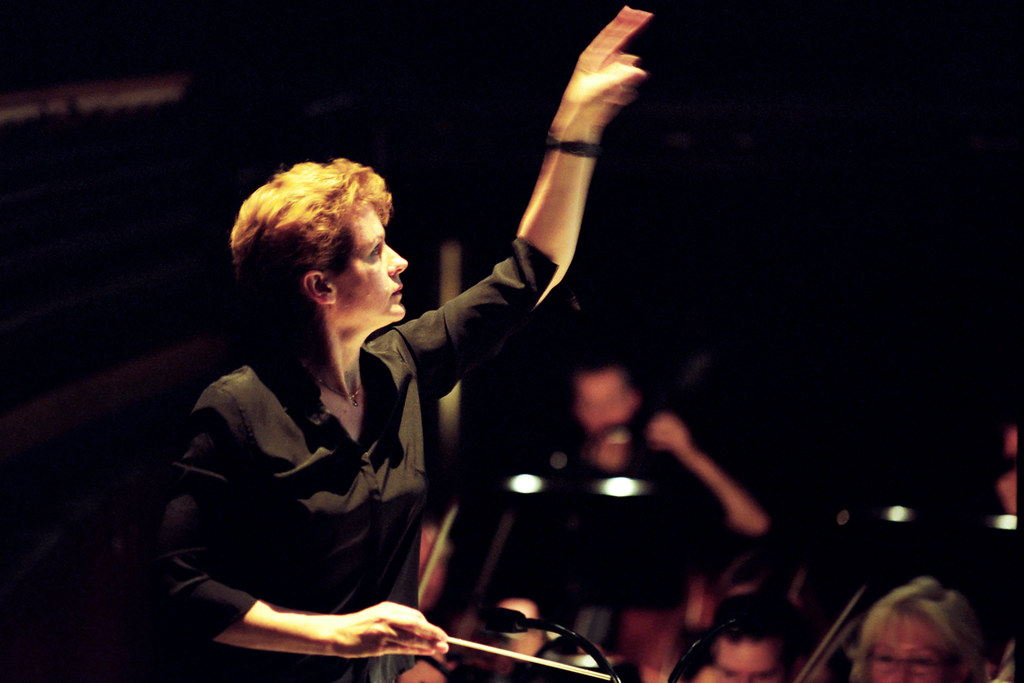 Oliver Mears, Director of Opera said: ‘After a turbulent year we are thrilled to announce a line-up of productions for everyone to enjoy in our first full Season since 2019. The opera company and all staff and artists in the building are itching to create and stage work and we are excited to welcome back international and British artists, and of course our magnificent Chorus and the Orchestra of the Royal Opera House. Since first closing our doors a year ago, we have been proud to present a wealth of digital work to audiences around the globe, however, nothing can replace the live theatre so missed by us all in the last 12 months. We look forward to opening our doors in the autumn and presenting a truly remarkable new Season of work.’

Kevin O’Hare, Director of The Royal Ballet, said: ‘The Royal Ballet are bouncing back after the most challenging year in our history, and I am thrilled to be sharing some of the exciting new work planned for our 2021/22 Season. Wayne McGregor’s inspired The Dante Project receives its long-awaited world premiere alongside Christopher Wheeldon’s magical, epic romance Like Water for Chocolate. It’s fantastic that Kyle Abraham will also create a new work for us this Season. Our dedicated audiences have missed the thrill, passion and exhilaration of live ballet, as much as we have and we can’t wait to be back on stage for our first full Season in 18 months.’

Detailed information about these exciting new works and more will be announced on 1 June. The Royal Opera House Live Cinema Season and digital programme will be announced later this summer, alongside further details of the Linbury Theatre Season.