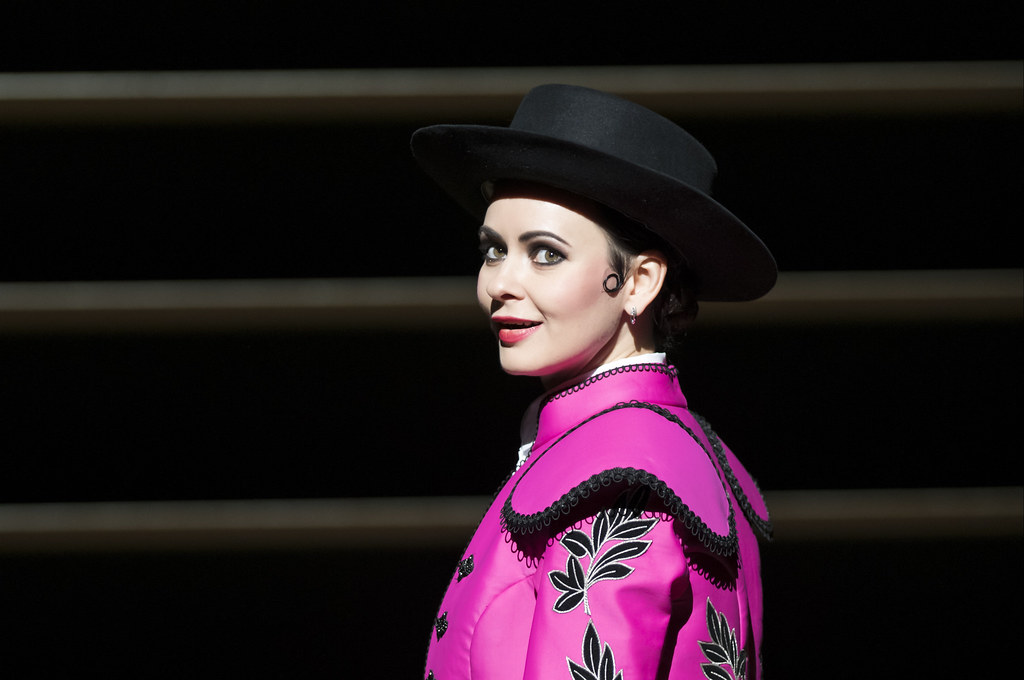 Streams as part of the #OurHouseToYourHouse programme will continue with full length production streams from The Royal Opera and The Royal Ballet.

The Royal Opera House is proud to continue its curated #OurHouseToYourHouse programme into the autumn, bringing audiences the best of the ROH through a new series of Friday Premieres and cultural highlights.

This month ROH Friday Premieres return with three new titles. Priced at £3.00, each will be available for 30 days streaming via the Royal Opera House website.

The Royal Ballet’s production of Dances at a Gathering will be screened on Friday 25 September. Jerome Robbins’ much-loved ballet made a welcome return to the Royal Opera House as part of the 2019/20 Season after an absence of 11 years. Choreographed by Robbins in 1969 for New York City Ballet and set to music by Frédéric Chopin, the ballet is an exercise in pure dance for five couples and is regarded as a masterpiece of subtlety and invention. This performance features Marianela Nuñez, Francesca Hayward, Yasmine Naghdi, Fumi Kaneko, Laura Morera, Alexander Campbell, William Bracewell, Federico Bonelli, Valentino Zucchetti and Luca Acri.

The Royal Opera: Live in Concert remains available to watch on demand until Friday 2 October. Curated by The Royal Opera’s Director of Music Antonio Pappano, the concert sees Aigul Akhmetshina, Charles Castronovo, Gerald Finley, Kristine Opolais, Lisette Oropesa and Vito Priante reunited for the first time with the Orchestra of the Royal Opera House and the Royal Opera Chorus, performing much-loved classics of the opera repertory.

Autumn also sees the launch of the ROH global Cinema Season in collaboration with event cinema distributor, Trafalgar Releasing. The season opens on Tuesday 20 October with The Royal Ballet’s production of Giselle. In November, the Royal Opera’s productions - Puccini’s Manon Lescaut and Verdi’s Macbeth make a return to the big screen. The Season ends in time for Christmas, where from Thursday 10 December audiences will be able to enjoy Peter Wright’s spectacular production of The Nutcracker which has been enchanting children and adults since its first performance by The Royal Ballet in 1984.

After six months of closure, the Royal Opera House is thrilled to be opening its doors to the public as part of Open House London weekend on Saturday 19 and Sunday 20 September, giving visitors a taste of one of the world’s most famous theatres for free.

In a specially-curated, socially-distanced programme called Take a Bow, visitors will be granted access to the Royal Opera House’s two world-class stages, with a chance to glimpse the velvet, gilt and glamour of the Main Stage, as well as the state-of-the-art new Linbury Theatre.