The Royal Ballet tours to Moscow, Taipei and Shanghai in Summer 2014

Company will perform Romeo and Juliet, Don Quixote and a Mixed Programme between 17 June-5 July. 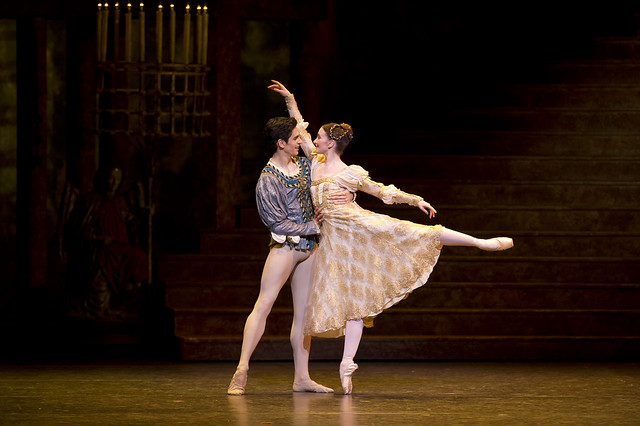 This summer The Royal Ballet will travel to Moscow, Taipei and Shanghai for the annual international tour.

The Royal Ballet will return to Moscow, its first visit since 2003, where it will be part of the UK-Russia Year of Culture celebrating the rich and diverse cultural heritage of both countries.

The Company will perform a Mixed Programme of Wayne McGregor's Tetractys, Frederick Ashton's Rhapsody and Christopher Wheeldon's DGV: Danse à grande vitesse, as well as Kenneth MacMillan's Manon at the Bolshoi Theatre in Moscow between 17-22 June.

It will then travel to Taiwan where it will perform Kenneth MacMillan's Romeo and Juliet at the National Theatre & Concert Hall in Taipei from 27-29 June, and then onto Shanghai where it will stage Carlos Acosta's production of Don Quixote at the Shanghai Grand Theatre from 3-5 July.

The Royal Ballet's tour is made possible through a number of tour supporters, including Aud Jebsen, the Tsukanov Family Foundation, Alta Advisors, Vitol and Coutts.