The Royal Ballet to tour Japan

Alice’s Adventures in Wonderland, Swan Lake and a gala programme to be performed in Tokyo. 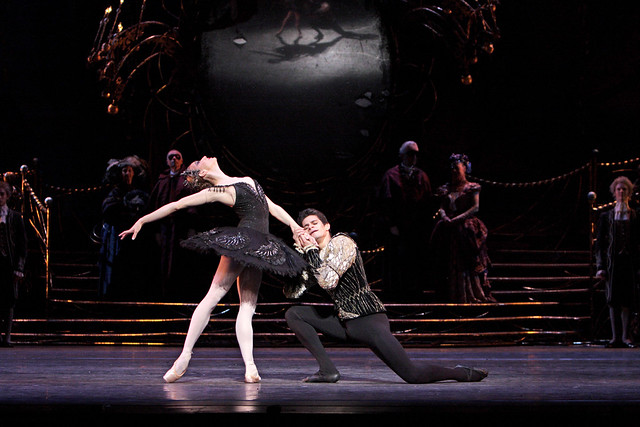 The Royal Ballet will travel to Japan to perform at Bunka Kaikan, Tokyo's main concert hall in July 2013.

The Company will perform Christopher Wheeldon’s Alice’s Adventures in Wonderland (5, 6, 6 MAT and 7 July), which has been a sell-out success since its premiere in 2011, and Anthony Dowell’s Swan Lake (12, 12 MAT, 13, 13 MAT and 14 July), one of The Royal Ballet’s most famous productions.

Due to exceptional demand, The Royal Ballet has added an extra performance of Alice’s Adventures in Wonderland to the tour; this will be on Sunday 7th July at 18:00.

There will also be a gala evening performance (10 July), intended to showcase the versatility of the Company and the breadth of its repertory. The evening will feature pas de deux from classic ballets including Manon, The Sleeping Beauty and Don Quixote, as well as the final scene from Mayerling. Works from Royal Ballet Founder Choreographer Frederick Ashton, including Voices of Spring, and George Balanchine’s Symphony in C  will also be performed.

The Royal Ballet regularly tours internationally and the Company has already performed abroad this year: seven Principal dancers performed three gala performances in Rio de Janeiro as part of an education symposium, and members of the Company performed in Northern Ireland as part of its UK City of Culture programme.

Find out full casting details for and information on how to buy tickets for Alice's Adventures in Wonderland and Swan Lake.