Children in Kumamoto, many of whom have been unable to attend school recently, attended a workshop focused around Giselle. 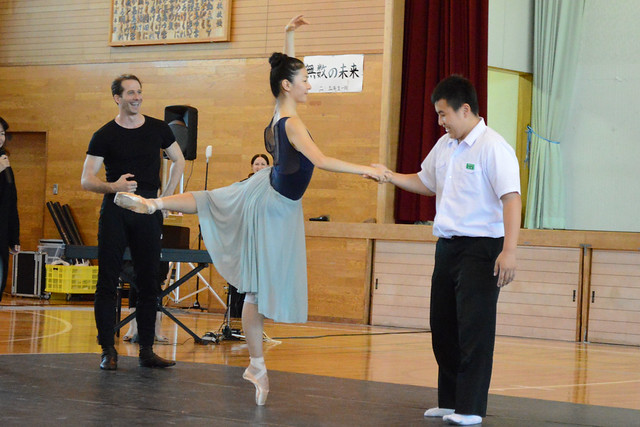 Yuhui Choe dances with a pupil at a school in Kumamoto, Japan © ROH 2016

As part of their ongoing summer tour of Japan, The Royal Ballet was invited to run two days of workshops on 27 and 28 June 2016 for children in Kumamoto, an area which was badly damaged by earthquakes in April this year.

The workshops, organised by the Arts and Kids Foundation Japan and led by Royal Ballet Education Teacher David Pickering and Elizabeth Foster were held in local schools and involved over 400 children, introducing them to ballet and dance. Many of them have been unable to attend school since the disaster, which caused extensive damage to the local infrastructure.

Royal Ballet First Soloist Yuhui Choe, who was born in Fukuoka, participated in the opening session with Royal Ballet Principal Nehemiah Kish, in a workshop based on The Royal Ballet’s production of Giselle. They also met the headmaster who explained the effects of the earthquake which left many of the children with post-traumatic stress.

Kevin O’Hare, Director of The Royal Ballet said: ‘It was wonderful to be given the opportunity to reach out to some of the children who have been affected by the recent earthquakes and devastation in Kumamoto.  Ballet has the power to uplift and inspire so we very much hope that by going to Kumamoto with Yuhui Choe and Nehemiah Kish we were able to bring some joy to the region during this difficult time.’ 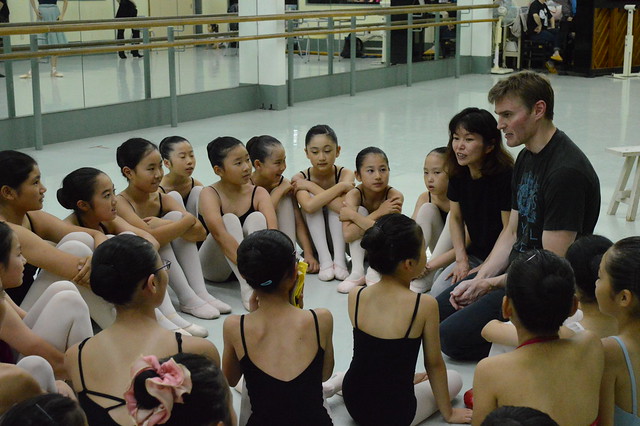 Mr. Kabashima, the Kumamoto Governor added: ‘The Kumamoto prefecture suffered seriously as a result of the earthquakes this year and is still suffering two months on with more than 5,000 people classed as refugees. We were delighted to welcome The Royal Ballet and their inspiring workshops to our community which I’m sure will raise the morale in Kumamoto.’

The Royal Ballet is currently in Japan on a sell-out tour performing Romeo and Juliet and Giselle in five cities: Tokyo, Fukuoka, Nishinomiya, Nagoya and Fukuyama, hosted by NBS Japan Performing Arts Foundation. Alongside the performances, workshops have taken place in Kyoto and Shizoka as part of the Company’s commitment to Learning and Participation outreach both in the UK and internationally.