The rise and fall of opera's prima donnas

Lucia di Lammermoor rests on the talents of prima donnas but it also marked the beginning of the end of their dominance of the stage. 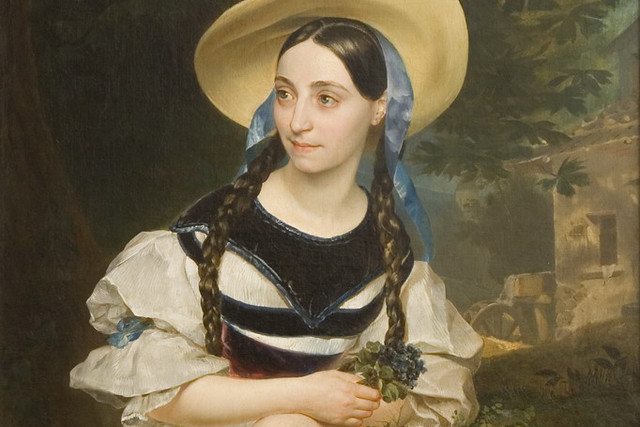 Portrait of Fanny Tacchinardi-Persiani in the role of Amina in Bellini's opera La sonnambula by Karl Briullov (1799–1852), 1834

Towards the end of The Bride of Lammermoor, Walter Scott describes her the funeral of his heroine Lucy Ashton in ‘the same churchyard to which she had so lately been led as a bride, with as little free will, perhaps, as could be testified by her lifeless and passive remains’. Paradoxically, his literary portrait of repressed femininity could only find operatic embodiment for the audiences of the day through an interpreter of a very different ilk: the prima donna.

During the 1830s, prima donnas were the most visible exemplars of female achievement in public life. With the disappearance of the castrati near the beginning of the 19th century, and before the rise of the modern tenor in the late 1830s, women (mainly sopranos) were the reigning stars of the operatic stage. The highest-paid figures in the structure of the opera house, they could exert considerable power over almost every aspect of opera production, including the choice of repertory and cast, costume design and staging. With their voices imprinted into the musical fabric of opera, the careers of the most successful prima donnas brought financial independence, public acclamation, and – sometimes at least – private fulfilment of their ambitions and artistic goals.

The greater personal and professional freedoms available to the prima donnas nevertheless did not mean they could operate entirely outside social norms. Some of those limitations surface in a letter by Donizetti about Lucia’s first interpreter, Fanny Tacchinardi-Persiani. Written in 1836 concerning Donizetti’s new opera Pia de’ Tolomei, the composer expressed his anxiety that Tacchinardi-Persiani — contracted to sing in both that work as well as in operas by her husband, Giuseppe Persiani — was presumed to favour her husband’s compositions and would therefore expend less effort on Pia de’ Tolomei. Such had been the case, Donizetti claimed, with Lucia di Lammermoor. And yet the reviews of that earlier premiere do not bear out Donizetti’s suspicions: both the opera and Tacchinardi-Persiani were fulsomely praised. Gossip of this kind underlines how little even a successful working woman was seen in her own right rather than as the mere puppet of her husband.

It also demonstrates how, despite the prima donnas’ status, channels of communication between them and male composers/librettists still mainly went through various intermediaries – husbands, parents, patrons, agents and impresarios. In effect, there was no model for the female singer’s management of her own career, and hence for the necessary open discussion that could resolve misunderstanding. A quite different relationship existed between Donizetti and the French tenor Gilbert-Louis Duprez, who created Edgardo in Lucia. The two men worked together on fashioning the strikingly original final scene of the opera. Such free exchange of ideas with a composer was generally available only to male singers.

The innovative result of their collaboration also marked a juncture at which the prima donna’s position as the central figure in the operatic panorama began to wane. Operas in that period mostly concluded either with the prima donna’s rondo finale (a big, showy set piece) or at least a scene in which the heroine figured prominently. Unusually, in Lucia di Lammermoor the opera doesn’t end with Lucia’s ravings, but goes on to depict Edgardo’s torment and eventual suicide. Lucia’s enclosure within the male framework of the opera heralded the way the prima donna’s privileged status would increasingly be curtailed, not only by the rise of the tenor as romantic hero, but also by the dominance of the composer (enter Verdi) and the arrival of the conductor and the stage director in succeeding decades.

This is an edited extract from Susan Rutherford's article ‘Heroines and Prima Donnas’ for The Royal Opera’s programme book for Lucia di Lammermoor, available to buy during performances.