Listen: Laura Morera and Ricardo Cervera on their remarkable partnership

The Royal Ballet dancers look back on two decades with the Company. 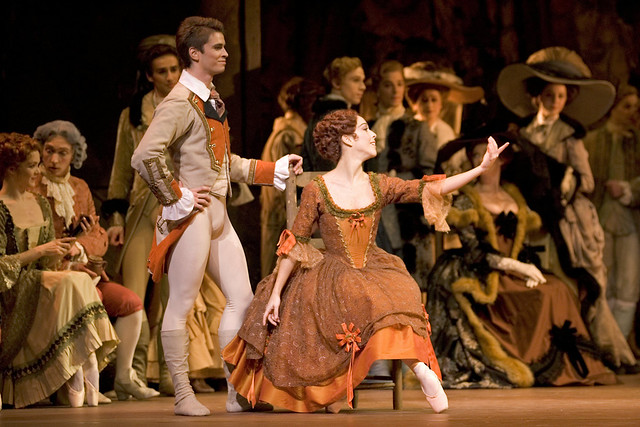 Ricardo Cervera and Laura Morera are no strangers to hard work, tough challenges and unflinching determination. Watch them dance, and it will soon become apparent why they continue to delight audiences after some two decades with The Royal Ballet.

Born and raised in bright, sunny Spain, the much-loved dancers recently told an audience at the Royal Opera House they had to adapt to the English climate when they moved to London for intensive training. ‘It was three o’clock in the afternoon [but] it was already dark,’ says Laura about arriving at The Royal Ballet School.

With language as an additional barrier, she recalls how she ‘didn’t make friends straight away’ and how her peers ‘didn’t particularly like the new girl’. When Ricardo also joined the School, aged 16, very few foreigners studied there, unlike today. ‘In my time, I think we were about fourteen boys […] and only two of us were foreign,’ he says.

Their similar backgrounds may have helped to strengthen their determination to succeed. The initial difficulties they both encountered also seem to have contributed to their discovery of a ‘good chemistry’ with each other. They were first paired up in 1996, at the start of their career with The Royal Ballet, when ‘we sort of realised we had this similar dynamic way of moving,’ Ricardo explains.

It was ‘this very good chemistry, both as friends and on stage’ that later earned them the nickname of Ric and Lau, from an abbreviation of their first names. ‘We were all the time dancing [together], so we became Ric and Lau,’ chuckles Laura. ‘We truly were [a partnership] from the very beginning, and that’s quite rare. We didn’t have to find each other. It kind of happened and it absolutely felt right. And it still does.’

The two friends and colleagues plan to continue dancing together, revisiting roles like Lescaut (Manon), one of Ricardo’s all-time favourites, and Manon, from the same ballet, a work Laura calls ‘stunning’. As for their legacy, she concludes she would ‘like to be remembered as a true artist’, while her dancing partner makes the audience burst into laughter when he jokingly reveals he is secretly ‘hoping they’ll never make a new DVD of Nutcracker, because [that way] I can at least live forever in that one’.

Find out more about Laura Morera and Ricardo Cervera on their people pages.