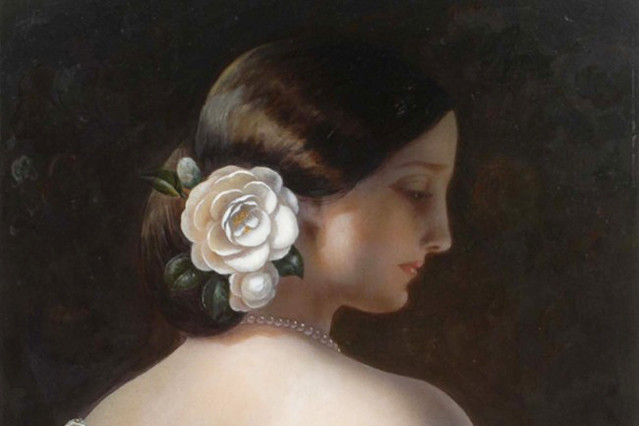 In January 1847 a young woman lay dying of consumption at 11 Boulevard de la Madeleine in Paris. Her name was Marie Duplessis. She had recently turned 23 and was the most fashionable courtesan in Paris, the uncontested queen of the horizontales who serviced the city’s rich bourgeoisie, upper classes, artists, writers and musicians. Her life and death would inspire Verdi’s most famous opera – La traviata.

By all accounts Duplessis was as refined as she was brilliant, precocious and generous. Franz Liszt was among her many lovers. He was touring Russia when news reached him that she had died. Hers, he declared, had been the sweetest nature, pure and serene, unsullied by the corruption of her shadowy world. Clearly there was something very special about Marie Duplessis.

Nor did the wider French press hold back with their tributes after her death on 3 February 1847. After all, in addition to such lovers as Liszt, Alexandre Dumas fils and — perhaps too — Dumas père, Duplessis’ wider circle of acquaintances encompassed some of her most illustrious contemporaries.

Within a year of Duplessis’ death, Dumas fils had written La Dame aux camélias. They had been lovers for 11 months. The novel was instantly recognized as a roman à clef and took Paris by storm, not least because of its candid, unapologetic portrayal of forbidden pleasures and vices. Dumas’ pretext for basing it so intimately on his own life was that at 24 he was too young to invent fiction.

On 2 February 1852, pointedly almost five years to the day since her death, Dumas’ dramatic adaptation of La Dame aux camélias received its premiere at the Vaudeville. It was almost certainly through this that Verdi and his companion, the singer Giuseppina Strepponi, first encountered the story of Marie Duplessis in the guise of Marguerite Gautier. Verdi appears to have decided there and then to compose La traviata.

An illuminating account of Duplessis’ early life growing up in Normandy was written some forty years after her death by a childhood friend, the journalist Romain Vienne. While on a posting in San Francisco he had been persuaded to see La Dame aux camélias. In response, Vienne wrote a memoir, La Vérité sur la dame aux camélias, in the hope of distancing Marie’s story from the fictions that had grown up around her.

Marie Duplessis was born Rose Alphonsine Plessis in the village of Nonant on 15 January 1824. The aristocratic-sounding ‘Du’ and her first name were her inventions. Vienne’s most affecting memory was of a time when they had met again in Nonant years after childhood. Marie revealed to him that she had returned to Normandy to recover from the birth of a ‘beautiful’ baby boy three months earlier. She could not keep him because his rich father had taken him away to be brought up in Burgundy in ways befitting his noble pedigree.

When Vienne pressed Duplessis about her own father, she started to cry; much to his surprise she defended his memory, even though he had once traded her for money to a degenerate old man in the nearby hamlet of Exmes. She who later displayed red and white camellias alternately to advertise her sexual availability had, as a child, been found wandering aimlessly in meadows near the village, distraught, bleeding and terror-stricken. Local outrage at the treatment of little Alphonsine saved her from being forced back into the arms of her abuser; it also turned her father into a pariah.

The short life of the lady of the camellias continues to haunt the imagination. Marie Duplessis has achieved lasting and universal fame as Violetta Valéry in the lyrics and music of Verdi’s opera. Proust claimed that La traviata transformed La Dame aux camélias into art. It also turned the tragic young woman from Normandy into a legend.