The Opera Platform to offer more live relays during 2015/16 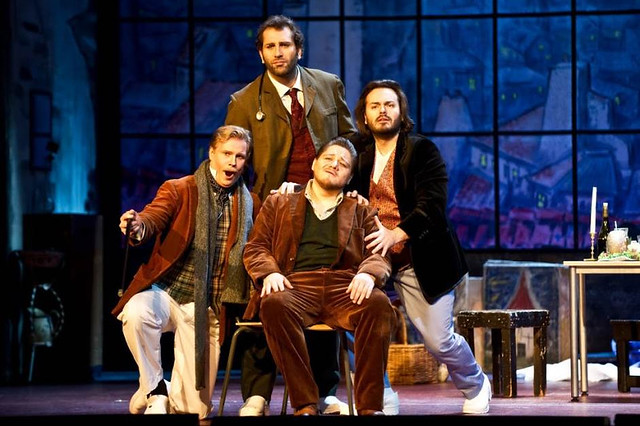 As opera houses around Europe open their 2015/16 seasons, online streaming provider The Opera Platform is gearing up for yet more free-to-watch live relays of productions.

Launched in May 2015, The Opera Platform is a collaboration between 15 European opera houses — including The Royal Opera — and offers regular live relays of productions from around the continent.

Upcoming relays include Stefan Herheim’s production of Puccini’s La bohème from Norwegian National Opera on 12 September, and Mariusz Treliński’s staging of Thomas Adès’s Powder Her Face from La Monnaie in Brussels on 2 October. Available on-demand afterwards, these recordings will join others including Kasper Holten’s Royal Opera production of Szymanowski’s Król Roger, which was captured earlier this year. All on-demand operas are available worldwide and offer subtitles in six languages. They are available for six months following their initial broadcast.

Other productions to have been relayed since The Opera Platform's launch include Sven-Eric Bechtolf’s production of Wagner’s Götterdammerung from Vienna State Opera and Katie Mitchell’s production of Handel’s Alcina from Aix-en-Provence Festival.

The Opera Platform will host another Royal Opera House production in the coming months, with more details confirmed in due course.

The Opera Platform is a partnership between Opera Europa and the cultural broadcasting channel ARTE. It is supported by the European Commission’s Creative Europe Programme and the European Broadcasting Union.