The Opera Machine and Antonio Pappano honoured at RPS Awards

The Opera Machine — an extraordinary 17-camera view of the theatrical process — wins in the Creative Communication category. 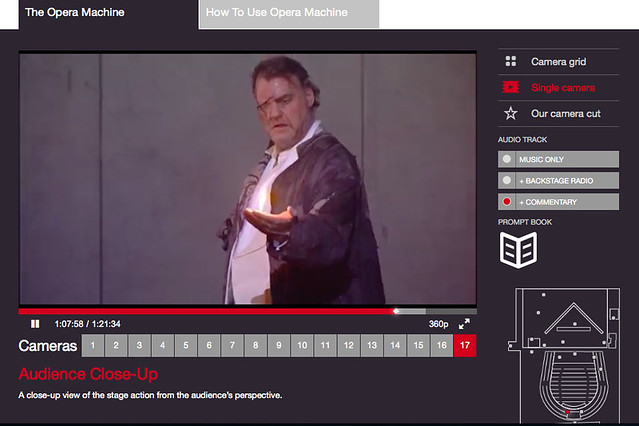 The Opera Machine, a new interactive experience allowing you to see backstage at the opera © ROH 2014

The winners of the 2015 Royal Philharmonic Society Music Awards have been announced.

The Opera Machine, a unique, 17-camera view of the theatrical process behind staging a performance, has won the Creative Communication award, while Royal Opera Music Director Antonio Pappano —currently conducting Kasper Holten's new production of Król Roger — received the RPS Gold Medal. Pappano is the 100th recipient of the society's highest accolade, following in the footsteps of Benjamin Britten, Igor Stravinsky and Dmitri Shostakovich among others.

The Opera Machine combines footage from 17 cameras positioned backstage during Act III of Wagner’s Die Walküre, offering a unique interactive insight into what goes on behind-the-scenes to stage a production.

'When you are in the audience, you are hopefully caught up in the drama that is on stage. What you don't see is the incredible amount of work that goes on behind-the-scenes to stage a production', says Kasper. 'The Opera Machine offers an extraordinary multi-angled view of all that is involved, and we are thrilled that this award recognizes that.'

Other winners include Andris Nelsons in the Conductor category and Mary Bevan in the Young Artists Category, while English National Opera won the Opera and Music Theatre award.

The awards, presented in association with BBC Radio 3, are the highest recognition for live classical music and musical excellence in the United Kingdom. Decided by an independent expert panel, they honour performers, composers, programmers and communicators, as well as inspirational education and outreach work.