The masterpieces that could have been: Piecing together Musorgsky’s unfinished operas

Beset by personal demons, Musorgsky only finished one opera in his life, but the nuggets of those that he abandoned offer a tantalizing glimpse of what could have been. 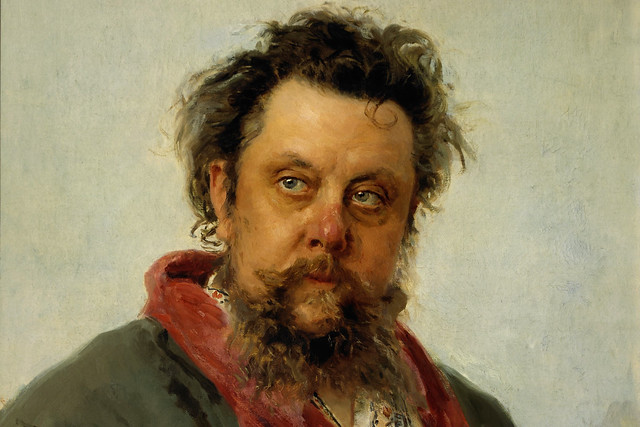 Musorgsky is one of opera’s greatest composers – and yet he finished only one opera in his short life. In fact, he finished it twice: his masterpiece Boris Godunov exists in two complete and quite different versions. But alongside Boris there were eight operatic projects Musorgsky began, none of which he completed – whether because his ideas changed, or because the project fell through, or because his chronic alcoholism got in the way. The music he wrote for six of those projects offer tantalizing glimpses of the Musorgsky masterpieces that could have been – and, though unfinished, are wonderful works in their own right.

Musorgsky first considered writing an opera aged 17, as a student at Cadet School with no compositional training whatsoever. Nothing ever came of his plan to adapt Victor Hugo’s novel Han d’Islande ‘because nothing ever could’, he later wrote. He tried his hand again seven years later, this time adapting Flaubert’s lavish historical fantasy Salammbô. After three years he had produced around 90 minutes of music – almost entirely big choral numbers, with barely anything for the central drama – before giving up on the project, perhaps craving something more Russian in tone.

He certainly achieved this in The Marriage, a verbatim setting of a Gogol comedy about an indecisive groom. In it Musorgsky experimented with his theories on the relationships between text and music. But at a private performance of the first act the consensus was that Musorgsky had taken the experiment too far: the music of The Marriage was felt to be so dependent on Gogol’s words that it had little intrinsic value of its own. The Marriage was abandoned as Musorgsky started work on Boris.

Musorgsky completed Boris Godunov in just over a year. While he was waiting for a verdict from the censors he dabbled with Bobïl’ (The Landless Peasant), adapted from a setting of the Hansel and Gretel tale. He wrote just one scene before returning to Boris, which had been rejected by the censors. While that work was underway, Musorgsky was invited to contribute along with four other composers to an immense opera-ballet, Mlada. The project was abandoned as soon as it became obvious how ruinously expensive it would be.

The sell-out premiere of the second version of Boris Godunov in 1874 was the height of Musorgsky’s career. It launched him onto two very different projects – Khovanshchina, begun 1872, and The Fair at Sorochintsï, begun 1874 – which Musorgsky worked on concurrently over the last years of his life, switching between the two as he encountered hurdles with each. There’s enough to suggest these both could have been major works, a fact recognized by his contemporaries: two separate groups of well-wishers each attempted to bribe him into finishing them.

The historical drama Khovanshchina was the natural follow-on to Boris, and was conceived the year of Peter the Great’s bicentenary. Musorgsky compiled the sprawling libretto over nearly a decade, examining in turn the three main opponents to the young Peter’s accession to the throne, and how they were vanquished on Peter’s path to greatness. Later completions emphasize the triumph of Peter’s victory, but Musorgsky’s letters suggest he had in mind something more ambiguous – reflecting the great losses, both of life and in Russian culture, that were part of Peter’s sweeping reforms.

Musorgsky’s wish to create a role for his friend, the Ukrainian-born bass Osip Petrov, drew him towards Gogol’s lighthearted, Ukrainian-set short story The Fair at Sorochintsï. Musorgsky’s anxieties about his ability to set Ukrainian speech patterns, and then Petrov’s death in 1878, were just two setbacks among many that delayed Musorgsky’s work. Nevertheless, the music that made it to the page gives a lively sense of the opera’s imaginative use of Ukrainian folksong, and Musorgsky’s great gift for characterization through music.

Fortunately for audiences, Musorgsky’s unfinished operas have long attracted his fellow composers to propose their own completions and orchestrations. It is thanks to these re-evaluations that we have the opportunity to hear these incomplete works, and dream for ourselves what might have been.