The Mariinsky in London: A look back at six decades of London performances

The company, formerly known as the Kirov, have dazzled Covent Garden audiences on 11 occasions since 1961. 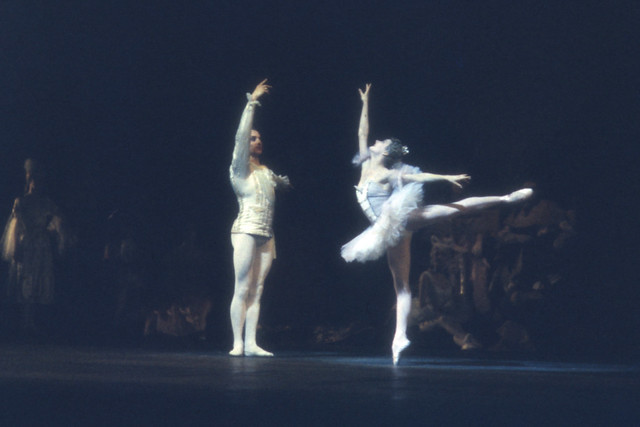 The Mariinsky Ballet return this summer for their 11th season at the Royal Opera House, making them Covent Garden's most frequent visiting ballet company.

The Mariinsky first appeared at the Royal Opera House as part of a four-week season in 1961, when it was known as the Leningrad State Kirov Ballet. The company’s visit that year was part of a simultaneous exchange of British and Russian ballet companies, with The Royal Ballet appearing both in Leningrad (now St Petersburg) and at the Bolshoi Theatre in Moscow, while the Kirov Ballet dazzled audiences at Covent Garden. 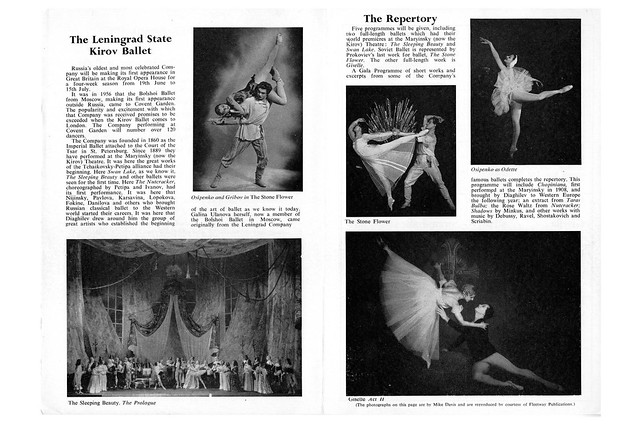 The inside cover of the programme for the Kirov Ballet's first London performances in 1961 © ROH Collections/Roger Wood, 1961

The Bolshoi Ballet had been the first Russian company to visit the West after the end of World War II and had stunned audiences in 1956 with their dramatic and physical intensity. The visit by the Kirov Ballet – the cradle of 19th century classicism – was eagerly anticipated and did not disappoint. They brought a company of over 120 dancers in five different programmes, opening the season with a ballet new to British audiences – The Stone Flower.

Other full-length ballets that season were The Sleeping Beauty, Giselle and Swan Lake, and a gala performance that included Mikhail Fokine’s Chopiniana, first performed at the Mariinsky in 1908; excerpts from Taras Bulba; The Nutcracker; and other works new to the West.

Following the defection of Rudolf Nureyev from the company in Paris in 1961, the Kirov Ballet did not return to Covent Garden until 1966. There was another season in 1988, and then a break until 2000.

Since then, the Mariinsky Ballet has enjoyed a summer season in London nearly every year. Initially the repertory included all the great classical works, several of which had either not been seen in Britain or were less familiar. Increasingly, the company has added works by choreographers familiar to Western audiences, beginning with George Balanchine, who began his career at the Kirov before leaving for Europe in 1924 and then New York where he founded the School of American Ballet and New York City Ballet. Works by Kenneth MacMillan and William Forsythe have also been added to their repertory, and this year they are bringing Ashton’s Marguerite and Armand, created on Margot Fonteyn and Rudolf Nureyev in 1963.