The Feeling’s Mutual: Why classical and electronic music aren’t the polar opposites you might expect 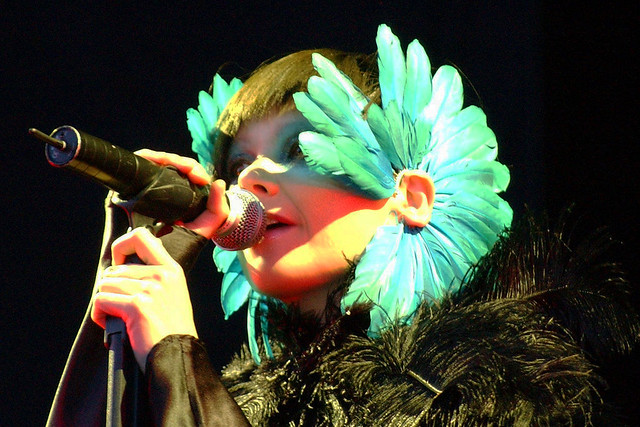 ‘We need new instruments very badly… musicians should take up this question in deep earnest with the help of machinery specialists.’ So wrote French composer Edgard Varèse in 1916, a man championed by many as the father of electronic music and dubbed ‘the stratospheric colossus of sound’ by author and fervent fan Henry Miller.

In the early decades of the 20th century, composers were drawn to the possibilities afforded by new technology. Groups such as the Futurists rejected instrumental and compositional conventions in favour of new sound-worlds, placing new value on ‘noise’. This ethos was in part driven from a desire to reflect the industrial age of the 20th century. So fervent was their aim that they produced a manifesto, in which they stated their desire to ‘present the musical soul of the masses, of the great factories, of the railways, of the transatlantic liners, of the battleships, of the automobiles and airplanes’.

As technology advanced, new instruments were invented, such as the Ondes Martenot, which attracted the attention of influential composer Olivier Messiaen, who began using it in 1937 (his opera Saint-François d'Assise calls for three of them). But it was arguably the invention of magnetic audio tape and the developments in recording technology that followed World War II, that gave electronic music the push that would eventually lead to it being embraced by the mainstream. This has ultimately culminated in the success of artists as diverse as Daft Punk, Radiohead and Kraftwerk. Though apparently far removed from classical music, these artists employ the same technology and techniques that were pioneered by the likes of Karlheinz Stockhausen in the middle decades of the 20th century.

Away from the rock and pop world of festivals and arena tours, orchestral musicians and composers have relished the possibilities afforded by electronic music, particularly the potential to add extra texture and ambience, at times appropriating what previous generations termed ‘noise’. Perhaps most familiar to recent Covent Garden audiences is the work of Max Richter, whose score for the ballet Infra blends mournful Arvo Pärt-influenced minimalist strings with haunting electronic soundscapes and samples. More recently Richter ‘recomposed’ Vivaldi’s Four Seasons, discarding 75% of the original material and replacing it with looped samples of Vivaldi’s string phrases and eerie electronic swells.

It’s a sound that has gained traction in recent years with Ólafur Arnalds, Nils Frahm and Dustin O'Halloran composing works that fall broadly under the banner of ‘contemporary classical’ and incorporate electronics. All three have, like Richter, collaborated with The Royal Ballet's Resident Choreographer, Wayne McGregor.

It’s not just a case of composers with an orchestral background being seduced by electronic music, however. The pattern of influence flows the other way too, with electronic artists such as Aphex Twin and Venetian Snares having their heads turned by 20th century classical music: the former collaborating with Philip Glass, and the latter melding Stravinsky, Mahler and Bartók samples with high-tempo breakcore for the album Rossz Csillag Alatt Született.

Ethereal electronica artist Björk studied classical music during her formative years and has stated her love of Mahler, Berg and Prokofiev. Their influence has shown itself throughout her recorded output, most notably in her 2001 album Vespertine, which featured chamber orchestras and choirs alongside glitchy electronic beats.

Opera too, has not been immune to classical music’s embrace of all things electronic – a striking recent example being Swedish synthpop duo The Knife’s collaboration with Mt. Sims and Planningtorock on Tomorrow, In a Year, an electronic opera based on Charles Darwin’s On the Origin of Species staged at the Barbican in 2010. It’s an ambient-heavy work, which sees classical mezzo-soprano vocals soaring over droning synths and vocoder phrases.

Luca Francesconi, whose opera Quartett receives its UK premiere next month at the Royal Opera House, studied under Stockhausen and has incorporated electronics into many of his works. Quartett sees him incorporate electronic ambient sounds under frenzied and often dissonant orchestral phrases to create a sense of claustrophobia- perfect for a narrative of the two last people alive on earth, trapped in a concrete bunker after World War III. It’s sure to prove an intoxicating cocktail for the ears, and provide yet more proof that almost a century after Varèse urged the advance of music as an art form through the use of machines, composers continue to heed the call.