The beauty of simple movements: Who was Isadora Duncan?

This pioneer of modern dance courted controversy in her lifetime, but her memory has continued to influence the way we think about dance today. 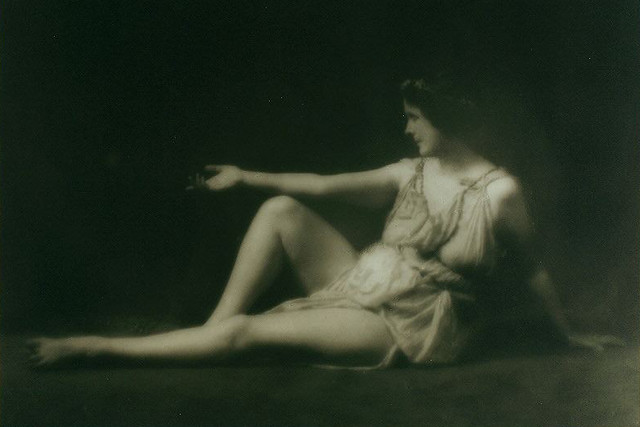 In any short profile of Isadora Duncan you'll find the phrase 'pioneer of modern dance' in the first sentence. She also had a profound influence on ballet, and her ideas continue to inform the way we conceive and understand dance today. Yet various aspects of Duncan's life – from her Wagnerian philosophizing to her many terrible personal tragedies, including her own gruesome death – have conspired to sensationalize Duncan's memory. So who was the real Isadora?

Let's start with a bare biography. Duncan was born Dora Angela Duncan in San Francisco in 1877. She had no formal training but her solo performances in Paris in 1900 launched a sensational international career that continued to her death. She had a daughter by theatre reformer Gordon Craig in 1906 and a son by sewing-machine millionaire Paris Singer in 1910. Both children drowned in 1913 when the car they were travelling in rolled into the Seine. Duncan's style subsequently transformed; some saw grief for her lost children, others the influence of her growing weight and alcohol dependence. She married Russian poet Sergei Esenin in 1921, who left her in 1922 and committed suicide in 1925. Duncan died in 1927 when her long scarf caught in the open spokes of a car driven by her lover.

That's enough to get her into the newspapers – but what about her influence on the dance world? Duncan got her first job in 1896, with a New York dance company run by Augustin Daly. She probably briefly studied ballet around this point as well, and quickly developed what would be a lifelong dislike of the hierarchy of theatre work and what she saw as the 'mechanical' imposition of ballet steps. Far more attractive to Duncan was Delsartism – a distinctively US understanding of the teachings of singing teacher François Delsarte, which proposed a system for connecting movement within the body.

Delsartism in part laid the foundation for Duncan's own philosophy, although she was also influenced by Hellenic aesthetics, Wagner's theories of Gesamtkunstwerk (total work of art) and Walt Whitman's transcendentalism, to name just a few. Duncan argued that 'the natural language of the soul [is] the movement of the body'. Her movements were simple and semi-improvisational, finding inspiration in the natural world – while her dancing communicated not a story but her own expressionist and highly individual response to the music. She wanted to dance 'not in the form of a nymph, nor fairy, nor coquette, but in the form of woman in its greatest and purest expression… no longer at war with spirituality and intelligence, but joining them in a glorious harmony'. 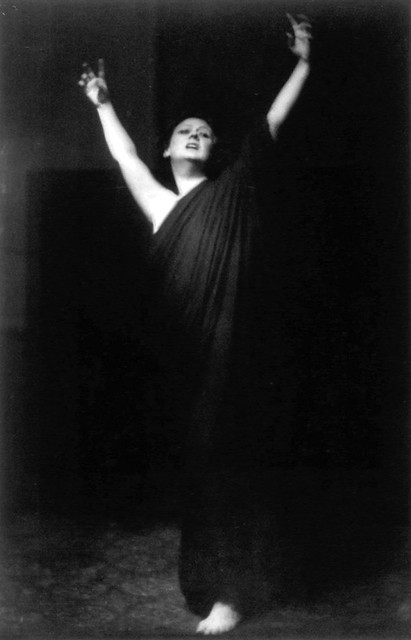 Duncan believed that every soul longed to express itself in dance, and that dance should be an essential part of modern living. To this end she founded several schools – including in Moscow, with the support of the new Communist government. But none of the schools survived, and seemed only able to produce pale imitators of Duncan's highly individual style. Many have seen in this an expression of the self-contradiction at the heart of Duncan's philosophy: a belief both in the universal applicability of her teachings and in the idea of a 'chosen few' who could enact them.

But if her style could not be learnt, her influence could and can still be felt – most obviously in the free movement of modern dance, and more generally in the use of both art music and abstract movement in dance. Her 1905 tour to Russia had a tremendous impact on the future course of the Ballets Russes: Mikhail Fokine recalled how ‘Duncan reminded us of the beauty of simple movements’, while Sergey Diaghilev said ‘we do not deny that Duncan is a kindred spirit. Indeed, we carry the torch that she lit.’

The 'real' Isadora Duncan is lost forever; we can never truly understand that effect of her dancing, despite the excellent efforts of dance historians to re-create her highly personal style. We will never see what Frederick Ashton called her 'immensely strong personality that came right across the footlights and held the audience and compelled them completely’. But her influence on the whole world of dance remains more than tangible.