The Beauty of Loneliness: How Christoph Marthaler is transforming the role of opera director

The radical Swiss director is little known in the UK, but in mainland Europe he's recognized as one of the most distinctive and influential artists in his field. 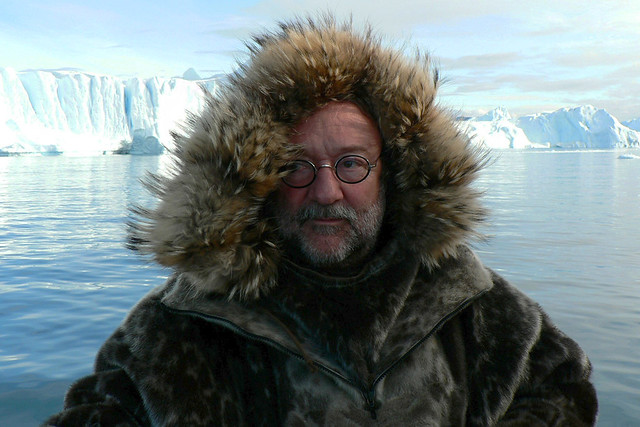 There is beauty in failure, in loneliness; there is heroism in the unheroic. Swiss director Christoph Marthaler has made his name with decades’ worth of productions that share a unique poignancy, and often make highly expressive use of music. Though his work has been rarely performed in the UK, in mainland Europe he’s won nearly every accolade going and is celebrated for his distinctive, impossible-to-imitate approach. King Size, on in the Linbury Studio Theatre this month, gives London audiences a rare chance to engage with Marthaler’s work.

King Size is the latest iteration of a form Marthaler has used throughout his career – a characteristically unconventional take on the Liederabend, or evening of song. Through 22 songs from across musical history – from Schumann through to The Kinks – Marthaler creates a twilight world for his protagonists, unveiling with sympathetic humanity the gap between their dreams and their realities. As dramaturg Malte Ubenauf says, ‘We all want our lives to be “king-sized”, but the contradiction between our hopes and reality is sometimes only seen during sleep and dreams’.

Music is central to all Marthaler’s works – whether the Liederabend with which he began his career, his other theatre works or his productions of opera (which include his controversial 2005 production of Tristan und Isolde for Bayreuth). It’s a predilection evident in his training – first studying music in Zürich and then mime with Jacques Lecoq in Paris, before working as a theatre musician throughout the 1970s and 80s. One of his many regular collaborators, dramaturg Stefanie Carp, describes how Marthaler ‘works like a composer… Whether he directs a play or a collage of texts and music, he submits his material of language, gestures, actions, music and procedures to a quite specific musical theme. He turns the material into a rhythmical and sonic score’.

The results are always highly idiosyncratic. Take Meine Faire Dame: ein Sprachlabor (A speech laboratory), Marthaler’s reworking of the Lerner and Loewe musical My Fair Lady – although most of the original goes out of the window. The setting is transposed to a 1960s language school, run by a Hungarian Henry Higgins. Fragments of the original score mingle with music by Mozart, Wagner and Wham!. There’s no linear storyline but an expression of the difficulties or impossibilities of translation, often hilarious but always tinged with melancholy. The Guardian described it as ‘incredible, funny, touching and sometimes beautiful… the best piece of musical theatre I've ever seen’.

There’s also sharp satire in much of Marthaler’s work. His 2012 production of Glaube, Liebe, Hoffnung (Faith, Love, Hope) makes uncomfortably clear the relevance of Ödön von Horváth’s 1932 play – written in the wake of a profound financial crisis that engendered a widespread indifference to society’s most vulnerable. Music again plays a crucial role – this time the bleak recurrence of Chopin’s Funeral March.

Marthaler’s is a unique voice in European theatre, and he deserves to be better known in the UK. Mark Ball, Artistic Director for the London International Festival of Theatre (LIFT) says, ‘Marthaler’s work is seared with his unmistakable personality and he has become one of the most powerful, important and distinctive voices in world theatre. He finds beauty, dignity and humour in the most unlikely of places – from political upheaval to personal failure – and his work can also compel us to look at the brutal consequences of our political and economic systems. He is an inspiration for a whole generation of European artists, which is why The Royal Opera’s embracing of his unique talent is so important.’

The production is staged with generous philanthropic support from The Stanley Thomas Johnson Foundation.